“Luck never happens to someone who doesn’t do something” is one of Ethan Cooper’s favourite quotes. And, the co-founder of Skybox Technologies has certainly been pretty lucky in the last couple of years.

The Australian, who previously managed Tuchmeow Studios, a mobile game development company based in Denmark, spent months researching the esports industry with his colleagues, trying to find out where the gaps were. After eight months of solid work, Project Battle Stats was born, designed to empower teachers and players alike by providing them with all the tools necessary to grasp and properly analyse the skills needed to play one of the most popular first-person shooters in the market.

But when notable Danish CS:GO caster Anders Blume tweeted that he was looking for help on a new esports project, Project Battle Stats transformed into Skybox Technologies, and it’s set to change the way we view and play Valve’s iconic shooter forever. To get the lowdown on this new and exciting product, we spoke to Cooper at ESI London.

The Loadout: Where did your idea for Skybox start?

Ethan Cooper: We were working in mobile game development and we started to look into the esports space. In Denmark, there are over 400 educational programmes for esports within schools, but if you dive beneath the surface, there’s a real lack of tools and training in that space. A lot of people see playing computer games as a sub-hobby to doing real activity, and while there has to be a balance, we fail to communicate to young players and the other stakeholders around them that there is so much that’s transferable from playing competitive games to other areas in life. That’s stuff like teamwork, resilience, reactions to winning and losing and so on so forth. But players don’t know that at a young age, and neither do their parents.

We also realised we had to try and turn CS:GO into a spectators sport, which meant we had to recreate the game in our own engine, so we have full control over everything. Funnily enough, while we were still validating this idea with the schools and some pro-level teams and junior grassroots teams by showing them our prototype, Anders tweeted something like: ‘Do I know any game designers out there that could help me explore a project?’ And so, our CTO, Martin Elvar, who is a terrible CS:GO player, but a huge fanboy was straight on Anders’ tweet saying we’re game developers, come on down.

So, a week later, Anders came by our office and started to tell us about the limitations of broadcasting and spectating CS:GO, and of course, how he envisioned creating CS:GO as a spectator sport. So we had to stop Anders right there and tell him to come and see what we were working on. From there on it was just a no brainer for both of us.

What does Anders bring to the project?

Actually, Anders brought the name Skybox to us. He was also looking at it from a broadcasting point of view to help his storytelling at events. He wasn’t necessarily looking at it on a bigger scale for things like education and all the other verticals we could move in to. But Anders is exceptionally passionate about the esports scene and very open and collaborative, so when we told him about our vision for the software, he really engaged with it.

So you can say Skybox really benefited from timing, then?

Absolutely. One of my favourite sayings is that “luck never happens to someone who doesn’t do something.” You have to be out there doing stuff, and although it might not always fall into place, you’ll end up in some avenue, which in this instance has been quite a fortunate one.

What can we expect from Skybox?

So there’s different elements to Skybox. We’ve got the spectator side, which you can divide up into different fields. So for example you’ve got the analytic side, but you’ve also got the element of showing CS:GO as a team sport, which is more about the onboarding part of players. We then have everything running through a web portal, so that’s where you create your player and team profile, and there’s an enterprise management system too. So what we’ve tried to do is present value and efficiency and a way for the pertinent things of what a real competitive player is to be highlighted in a simple way that anyone can understand.

Related: Get to grips with CS:GO’s ranking system

Why did you go down the educational route?

You can have coaches and ex-players coming back to educate the next generation of players, which is great if that’s what they want to do, but there’s a limitation on how many will be willing to do that, and also how we can keep the ecosystem afloat. It’s a community that’s not actually bringing in new members. If I had a son, and that son came and said we need a football coach, I’d volunteer.  I wouldn’t have a clue about it but I’d fake it until I make it, you know? There’s loads of resources I could look up online. But if my son came to me and said we need a CS:GO coach, I wouldn’t know where to start. I’d probably tell them to sit in front of the PCs and go for their lives. 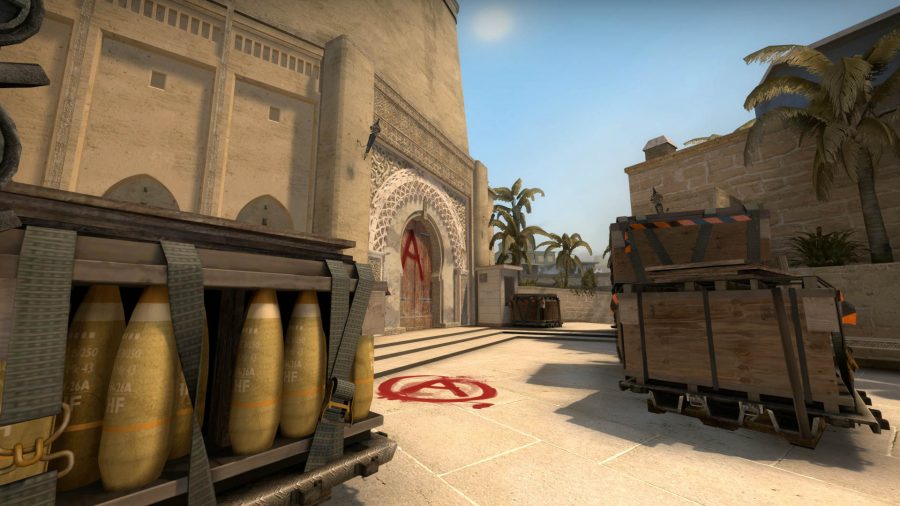 What we set out to do two and a half years ago is to empower teachers without having to be an expert to operate in that domain, and give them the tools they need to guide players. Let them be involved in their child’s past time or let the teachers make a contribution that the student will actually relate to – this is the key to making esports a mainstream sport. It’s all about inclusion and lowering barriers to esports, and we have a bunch of things coming up that will help with that.

Did you borrow ideas from the way traditional sports are presented in the mainstream media?

Absolutely. If you don’t have to reinvent the wheel, don’t reinvent the wheel. We actually started off by looking at MOBAs, which are made to be played from a bird’s-eye view, so we wanted to work out how to apply that to CS:GO. So you’ll notice on our replay client, you have health bars, names and the flashing indicators above, and when you go to first-person view, you’ve got on body communication. We intentionally didn’t recreate CS:GO though, so instead of having the game’s characters, we’ve got our crash test dummy dudes, and that’s because it’s a tool, not the game.

There is this awesome tool out there called @skybox.

Everyone should (at least!) take a look at it, it’s worth it!#KeepHowling

We also looked at sports in general because esports and sports are trying to do the same thing. And that’s one of the reasons why we have two different versions of Skybox – one for broadcasters and one for players.

What should we expect from Skybox in the future?

We definitely have plans to extend to others games, and we have a new CS:GO product coming out in December. We’re also looking at League of Legends and Dota 2, but League is definitely more challenging.

We have a dream case, which we won’t be able to do in the short term, but we do have case which hasn’t been looked at in the market so far, and that definitely offers value to players.