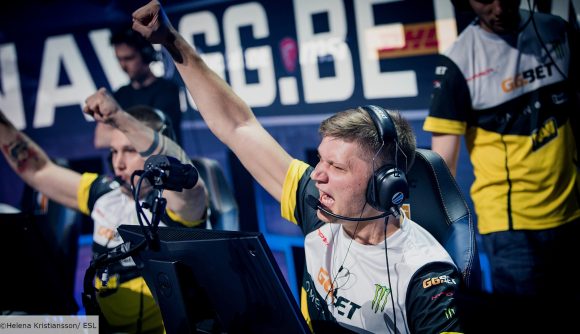 Natus Vincere has replaced Ladislav ‘GuardiaN’ Kovács with Russian youngster Ilya ‘Perfecto’ Zalutskiy in a sweeping change to its CS:GO roster that will see star player Oleksandr ‘S1mple’ Kostyliev switch back to being an AWPer.

After an uninspiring second stint at the organisation, 28-year-old GuardiaN will now be benched in favour of some younger blood for 2020. Perfecto, who joins as an impressive young rifler, was previously at Syman Gaming. According to stats from HLTV, Perfecto averaged a decent rating of 1.10 over the last six months.

This now paves the way for S1mple to move back to the AWP spot he gave up for GuardiaN when he joined in September 2019. Na’Vi’s coach, Andrii ‘B1ad3’ Gorodenskyi, says that he is happy that S1mple can get his hands on the AWP once again because “he is simply the best [at] that.” B1ad3 also goes on to say one of the predominant reasons for benching GuardiaN, who was the only player on the roster who wasn’t from Russia or Ukraine, was the language barrier.

Following Perfecto’s announcement, S1mple tweeted: “Thanks Ladislav for [these] 3 months, sad that we didn’t succeed together, gl in future, wish u to find your best game again. Welcome our new young blood – Perfecto.”

Na’Vi will be hoping that the roster reshuffle will see them putting in better performances this year than they did in the final half of 2019, which was underwhelming by the team’s standards.