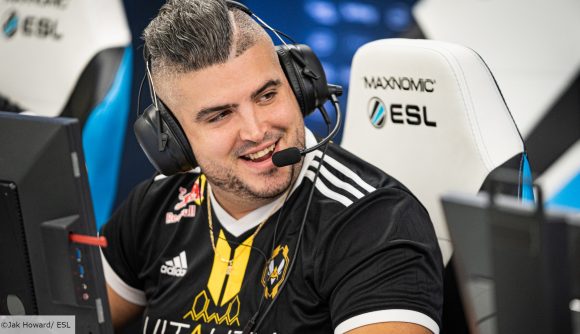 Team Vitality has announced that its veteran Counter-Strike: Global Offensive rifler, Cédric ‘RpK’ Guipouy, will be stepping down from its roster after the BLAST Premier Spring Showdown.

The 31-year-old Frenchman, who has been playing competitive Counter-Strike since the late 2000s, will be leaving the active roster after the tournament, which gets underway tomorrow and concludes on April 18. The experienced rifler has been with Vitality since it first entered the CS:GO scene in 2018, and has also represented big names such as G2 and Team Envy. In a tweet following Vitality’s announcement, RpK says he will “give it his best for the boys” in his final competition for the team, which has recently been on a run of poor results.

In Vitality’s announcement post, head coach Rémy ‘XTQZZZ’ Quoniam says that dropping the veteran from the roster has been a “tough decision” and admits it wasn’t easy to “let a legendary, inspiring, and consistent player such as RpK step back from competition.”

Vitality has already revealed RpK’s replacement. 22-year-old Frenchman Jayson ‘Kyojin’ Nguyen Van will be joining the lineup, who earlier this month revealed he had a VAC ban overturned after clearing his name with Valve.

Many may have expected Vitality’s Belgian substitute Nabil ‘Nivera’ Benrlitom to return to the active roster after being benched due to Valve’s ruling on substitutes in RMR events.

Unfortunately, Blast Premier Showdown will be my last tournament with the team.
I’ll give my best this week for the boys and @TeamVitality.

After that, I’ll take some time off and think about what I’ll be doing in the future.
Thanks all for the support, I’ll keep you updated ❤️ https://t.co/12XlfuuFvJ

However, as Vitality owner Fabien ‘Neo’ Divide explains to some Vitality fans on Twitter following the announcement, Kyojin is a more suitable replacement role-wise for RpK. He also says a player that fits RpK’s mold is hard to come by in French Counter-Strike and that Kyojin is a rare find.

RpK will be hoping for a winning end to life at Vitality at the BLAST Premier Spring Showdown. The French side take on 9z Team in the first round.