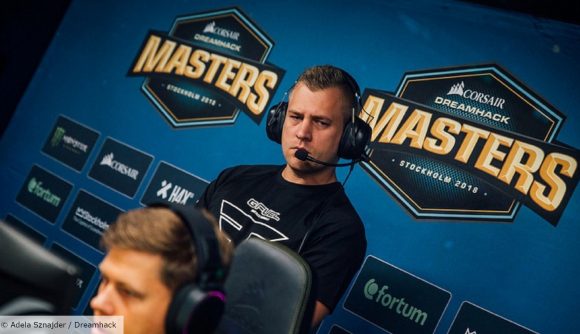 The Esports Integrity Commission confirmed yesterday that 37 coaches would receive bans for abusing the infamous spectator bug in CS:GO tournaments. However, some coaches aren’t too happy with the bans that they’ve been served.

One such coach is FaZe coach Robert ‘RobbaN’ Dahlström, who was charged with a five and a half month ban but maintains his innocence. He wrote about his experiences with the bug in a Twitlonger, saying that in the first instance he encountered it, he was very confused but made what he believed to be the “honorable decision” and muted his microphone for the rest of the game. FaZe lost that game 16-1.

When he encountered the bug a second time, RobbaN realised there might be something seriously wrong and it could be happening more often to other teams. This time, he notified a tournament admin, and together they rectified the view. In the ESIC investigation, RobbaN was only charged for abusing the bug in one match, meaning the commission found his decision to bring in the tournament admin sufficient proof of his innocence this time around.

According to the report, appeals must be sent to Kevin Carpenter, chairman of the Independent Disciplinary Panel. If RobbaN has any proof that his mic was muted for the whole match, he might have a chance of winning an appeal. His ban has already been reduced by 45% due to his confession and assistance in the investigation.

We stand behind Robert. Upholding the integrity of competition means everything to us & we're glad an issue he brought up 3 years ago is finally being addressed, but his ban is entirely unwarranted given the facts. We’re disappointed in the process that led to this conclusion. https://t.co/HlXDoztfoE

His team, FaZe stands by him and his side of the story at present, saying his ban is “entirely unwarranted” based on the facts he stated. The video links in the original ESIC report don’t work at the moment, so we can’t tell if they have audio linked, which may prove whether RobbaN’s mic was muted or not. FaZe also said they are “disappointed in the process” that led to their coach’s ban, but manual reviews of appeals may change the decision yet.

FaZe maintains that integrity “means everything” to the team. We will update this story with any further details based on RobbaN’s appeal when they come to light.