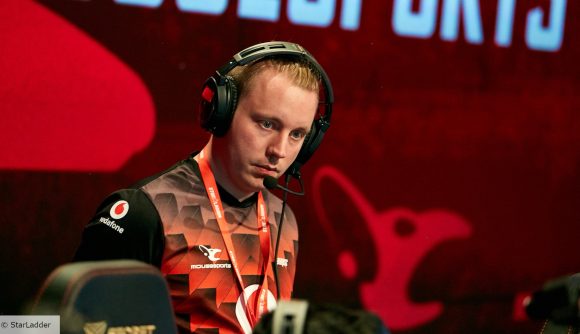 Another two Counter-Strike: Global Offensive coaches have been suspended pending investigation after they confessed to using the infamous coach spectating bug. Allan 'Rejin' Petersen and Ivan 'F_1N' Kochugov have been suspended from mousesports and Gambit Youngsters respectively.

The coaches both came forward with their admissions on Twitter over the weekend after the Esports Integrity Commission announced it would be opening a confession period for coaches as part of its investigation into abuse of the bug, which reportedly stretches back as far as 2016.

Rejin says he used the bug, which he discovered by “accident”, in a number of matches when he was coaching Tricked in 2017-2018, but the players were unaware of his activity. The coach, who promises he never exploited the bug while coaching mousesports, made league admins aware of the bug after encountering it again during ESL Road to Rio, leading to the investigation we know today.

“I take full responsibility for my actions and there is absolutely no excuse for that,” he says in his statement. “One thing I can say for sure is that the players did NOT know, under any circumstances, that I was using this bug. Neither did Tricked as an organisation or Mousesports.”

I am truly sorry and I would like to apologize to the teams, all the fans out there, the whole community, Tricked, Mousesports, the players, my family and friends and everyone.. https://t.co/MLsB5o8Y2P

F_1N discovered the bug much later, in February 2020. He says he used it for the first time on Dust 2 against AGO in OGA Counter Pit Season 7, but after winning that map and realising the “gravity of the situation”, the 36-year-old opted not to use it again, and Gambit Youngsters went on to lose the series.

“I want to stress that I haven’t used this bug prior to that match and after it,” he says in a statement. “I’m willing to take part in investigating my matches to prove this point. I want to highlight that my team’s achievements were earned in a fair and competitive manner.

“I would like to apologise to AGO fans and CS:GO community as a whole. I sincerely regret doing it and I am ready to suffer a just punishment for my actions.”

The pair follow in the footsteps of of Faruk ‘pita’ Pita, who on Friday admitted that he too had used the bug during his time with Ninjas in Pyjamas. However, a decision on their actions have yet to be taken.

Action has, however, been taken on Ricardo ‘dead’ Sinigaglia, Nicolai ‘HUNDEN’ Petersen, and Aleksandr ‘zoneR’ Bogatiryev, who have all been banned from ESL and DreamHack competitions, as well as ESIC-partnered events. Dead has also been banned from Beyond the Summit following another investigation.

ESIC says the inquiry into the coach spectating bug will last at least another eight months. During that time, officials will review around 25,000 hours worth of CS:GO demos.

The time and effort investigators such as Michal Slowinski and Steve Dudenhoeffer haven’t gone unnoticed either. A fundraiser created by Tres ‘Stunna’ Saranthus and Chad ‘SPUNJ’ Burchill currently sits at just under $7,000.