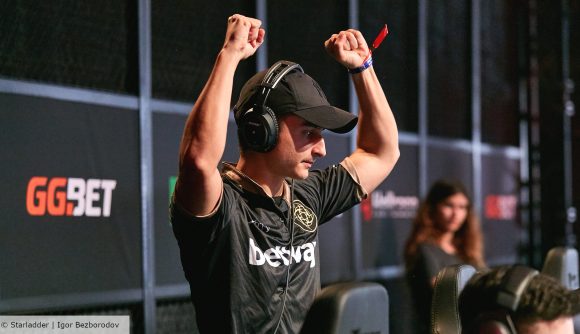 Just over an hour after the Esports Integrity Commission announced it was going to open a confession period for its inquiry into historic coach spectator bug exploitation, a former Counter-Strike: Global Offensive coach has come clean.

Faruk ‘Pita’ Pita, the former Ninja in Pyjamas coach, posted a Twitlonger in which he reveals that he used the bug during the team’s final ESL Pro League Season 8 match in November 2018 against mousesports. The Bosnian prefaces the confession with the fact that NiP were already in the relegation zone and mousesports were already in the final. The game had to be played, but the result of the match changed nothing.

“I want to be honest and say that the bug happened to me during an official game in 2018,” Pita says in the statement, which is titled ‘I fucked up’. “I think it would be better if I said this myself, even though I realise it might potentially ruin any future possibility for me within CS:GO.”

Pita goes on to explain that the bug, which he used for five or six rounds, occurred when all the players were automatically killed before the game went live. The former coach believes that because he was the last person killed in the server, the camera froze on the position he was in at that moment in time.

“This isn’t an excuse, but I just wanted to highlight that I didn’t actively try to get this advantage,” he continues. “It happened randomly and I didn’t do anything to stop it. It took me around five to six rounds to stop it and this is where I did wrong and admit I did wrong and I’m ashamed of it.”

However, Pita did reportedly reach out to Valve shortly after the game and explain the situation, although in the screenshots provided, it doesn’t look like he got a response. Four months later, when it became apparent how the bug worked, Pita reached out to the developer again, but received no response.

“I accept any punishment handed out to me,” he says. “I realize this will harm my reputation as a coach but I can’t undo things even though I would like to. I just have to accept this and admit my guilt. I’m sorry to everyone that I know and who knows me. I understand that you might look at me differently after this but I hope you can forgive me one day.

“The bug got the better of me, I acted irrational and I fucked up. I never used that bug afterwards. The only thing I did afterwards when it happened again was to press the keys 1-10 and the bug would stop. If there’s any admin who want to confirm that from my POVs in online games I’d be happy to assist with my demos.”

So far an investigation into the coach spectating bug has found Nicolai ‘HUNDEN’ Petersen, Ricardo ‘dead’ Sinigaglia, and Aleksandr ‘zoneR’ Bogatiryev guilty. The trio have all received bans from ESL and ESIC-partnered events, although dead has also been banned from BTS.

The investigation is scheduled to last another three months, with updates on findings being released monthly. As part of the investigation, ESIC is planning on reviewing around 25,000 hours of CS:GO demos.