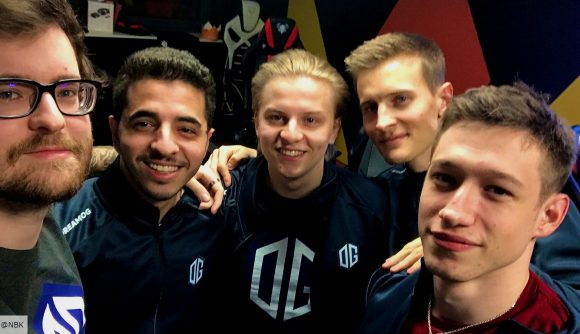 Ever since ENCE dropped Aleksi ‘Aleksib’ Virolainen from its lineup, Counter-Strike: Global Offensive fans have been desperate to see the in-game leader come up against his old team. We finally got that chance at the ICE Challenge this weekend and it’s fair to say Aleksib not only got revenge, but did it in style.

The in-game leader, who was unexpectedly kicked from the ENCE roster last year and replaced with Miikka ‘SuNny’ Kemppi, helped OG record a 2-0 victory over the Finnish team, but his performance wasn’t the only talking point from the series.

The youngster still has the EZ4ENCE music kit equipped in game, making his MVP rounds, of which there were many, even spicier as the soundtrack to ENCE’s memes to dreams run at IEM Katowice sounded. Some of his Twitch followers pointed out that he uses it all the time, but it still makes his revenge run that little bit sweeter.

In addition to that, the OG captain pulled off an incredible SG jump shot on Jani ‘Aerial’ Jussila on Overpass and then followed it up with a knife kill on Sami ‘xSeveN’ Laasanen.

Like all disgruntled players, it turns out Aleksib has been preparing for this match for a while. “I think it would be naive for me to say that I didn’t prepare for this match more than the others,” he tells HLTV in a post-match interview. “It’s something that is personal and I think every player in the scene who has been in the same shoes would handle the match the same way.”