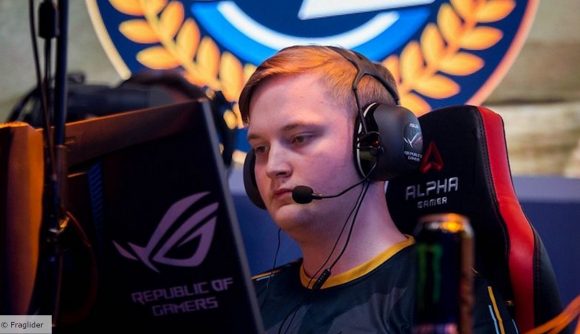 Despite the ongoing global pandemic, professional CS:GO players haven’t had a moment’s rest thanks to online tournaments. The CS:GO community recently saw the effects of exhaustion when Lukas ‘gla1ve’ Rossander and Andreas ‘Xyp9x’ Højsleth decided to step down from the Astralis starting lineup, with gla1ve in particular citing burnout and stress symptoms. Ninjas in Pyjamas has now made the decision to place Tim ‘nawwk’ Jonasson on medical leave for the rest of ESL Pro League.

The reason for nawwk’s medical leave has not been officially disclosed by NiP, though Jonas Gundersen, NiP’s chief operating officer, was quick to dispel any rumours of burnout. When Astralis star, Peter ‘dupreeh’ Rasmussen suggested nawwk was suffering from burnout on Twitter, Gundersen responded with this: “Just for the record: Burnout is mentioned nowhere. Exhaustion can be many things, whereas burnout is an entirely different topic.”

By placing nawwk on medical leave, NiP hopes to avoid further problems in the future by ensuring he is able to recover before any big events. It looks like NiP want to have nawwk back in the team for the next RMR tournament, though there is no telling when that will happen. Last week, Valve and ESL officially cancelled the Rio 2020 CS:GO Major which was set to take place in November.

NiP has confirmed that its head coach, Björn ‘THREAT’ Pers will take over the fifth spot on the team for the two remaining ESL Pro League matches. “It’s becoming increasingly obvious that the cushion we work with when a team is only consisting of five players is simply not enough,” Gundersen says. “It allows very little room for error and puts an immense amount of pressure on the players. We’re paying the price for it in the short term with having THREAT to fill in and it’s definitely something that we will look at how to mitigate in the future.”

Don’t be surprised in the future if more CS:GO teams start to sign a sixth player for moments like these. Astralis and ENCE have already committed to that investment, and Henry ‘HenryG’ Greer’ has recently confirmed he intends to sign an additional player for Cloud9 on the off chance that something like this happens.