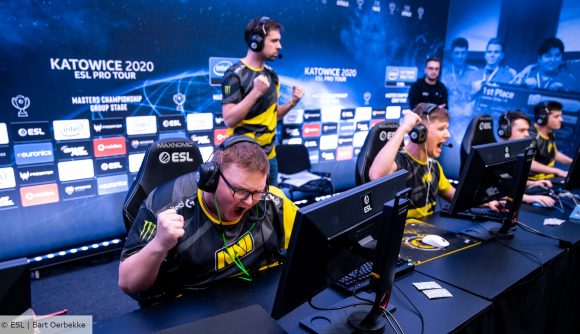 Natus Vincere has won its first IEM Katowice title in nine years with a 3-0 clean sweep over G2 Esports. The Russian-Ukrainian team, who have only been playing together for a couple of weeks, decimated the French team in the best of five final to take home their lion’s share of the $500,000 prize pool.

Earlier this week ‘s1mple’ said this was the best lineup he’s ever played with and he was right. Captain Kirill ‘Boombl4’ Mikhailov led from the front across the three maps, registering an astonishing 161.7 average damage per round on G2’s first pick, which ended 16-4, while newbie Ilya ‘Perfecto’ Zalutski helped inspire Na’Vi’s comeback on the second map, Dust 2, with an impressive performance.

It was the final map, Mirage, that showed how deadly Na’Vi could be though. Egor ‘flamie’ Vasilev registered 12 kills in the first four rounds, Oleksandr ‘s1mple’ Kostyliev died only once during the game, and Perfecto finished the game with a flawless KDR.

“All my teammates feel this power right no” s1mple says in his post-match interview. “When you can just enjoy your teammates’ highlights all the time – it’s the best feeling.

“It gives us extra confidence. We should never forget we should work more and more because it’s only been two weeks and we’ve already had results. We have good potential and everyone understands this.”

With this win in the Intel and Acer sponsored tournament, NaVi records its first notch in the Intel Grand Slam race, following in the footsteps of mousesports, fnatic, Astralis, Team Liquid, and Evil Geniuses.