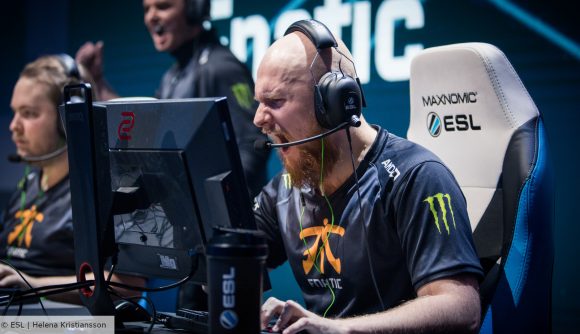 Just a couple of days after his Steam account was hit by a VAC ban, Freddy ‘Krimz’ Johansson has confirmed he’s free to play again. The Counter-Strike: Global Offensive star, who’s currently playing with Fnatic, was mystified after his account was hit during a ban wave on November 28.

Although it hasn’t been confirmed, many believe Krimz’s ban was linked to Esportal, a third-party matchmaking service which the pro regularly uses. A number of accounts linked to the platform were hit with bans, causing the service to release a statement that it was caused by “compatibility issues between our anti-cheat client and VAC.”

It didn’t take long for Valve to act on the false-positive bans though. After Esportal produced the right documentation, Valve reversed the bans for the players affected – including Krimz.

“I’m free mfs,” Krimz tweeted last night after he was cleared of any wrongdoing. “Thank you CS:GO for sorting it out quickly.”

All players that received a VAC ban due to this issue have now had their ban removed by @CSGO. We are aware that some users received game bans and Valve will investigate those bans as well. We appreciate Valve’s swift handling of the situation. ❤️ https://t.co/1XSsrOfTwa

This now means the legendary support is free to play on his account for Fnatic’s upcoming Flashpoint match against Dignitas later today.