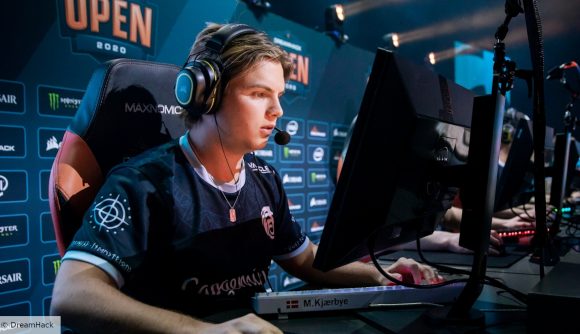 North’s rifler Markus ‘Kjaerbye’ Kjaerbye has been notably absent from the team’s Counter-Strike: Global Offensive roster recently. The young Dane, who dropped out of the Road to Rio series last week, has confirmed he’ll be taking a break from competing due to ongoing health issues.

“Over the last couple of months I have experienced abdominal pains, breathing problems, and chest cramps in such a manner that I have had problems playing the game I love on the highest level,” Kjaerbye says on North’s website. “I have come to a point where I need to listen to my body and give it time to recover fully. I don’t know when I will be back on the server, but I do know that I need a break.”

Kjaerbye’s position last week was filled by coach Jimmy ‘Jumpy’ Berndtsson in last week’s Road to Rio fixtures, where they recorded wins over Movistar Riders and G2 Esports, but now that the player has confirmed he’ll be taking a longer leave of absence, North has drafted in Kristoffer ‘Kristou’ Aamand.

The 18-year-old joins North on loan from AGF Esports for the foreseeable future and has already begun practice with the team for the upcoming DreamHack Masters Spring 2020 tournament.

“We have been collecting and tracking data on a number of young talents in the Scandinavian region as part of our expanded scouting directive in 2020,” Graham Pitt, North’s head of esports operations, says. “When it became apparent that we would need a short term substitute due to Kjaerbye’s unfortunate situation, we wanted to take the opportunity to look at the future and use a young and developing talent.”

North says Kristou was selected due to his performances in recent months.