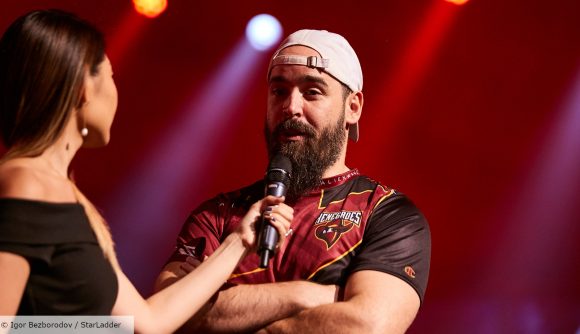 After just four months at the helm of Cloud9’s new Counter-Strike: Global Offensive roster, Aleksandar ‘kassad’ Trifunović has left. This is due to a “stylistic clash” between kassad’s coaching vision and in-game leader Alex ‘ALEX’ McMeekin, according to the organisation.

Kassad was brought on by general manager Henry ‘HenryG’ Greer earlier this year to help him build the ‘Colossus’. However after mixed results, the organisation has reached the decision to let him go during the current player break. There is no “bad blood” between kassad and the team though.

“No one is or was at fault and there is absolutely no bad blood between him, the org, or players,” HenryG says on Twitter. “It simply felt like there was somewhat of a stylistic clash between the IGL and kassad’s game, leading to a few to many compromises from a strategic point of view.”

Now HenryG has an even bigger task on his hands: trying to find a new coach for the team. This task has been made somewhat more difficult following the results of an ESIC investigation which resulted in the banning of 37 coaches. As a result, HenryG is willing to “take a gamble on someone looking to prove themselves at the very top.”

Thanks to the boss @kassad for his time.

The player break ends in a couple of weeks, so HenryG will need to act fast if it wants to build on Cloud9’s foundations.