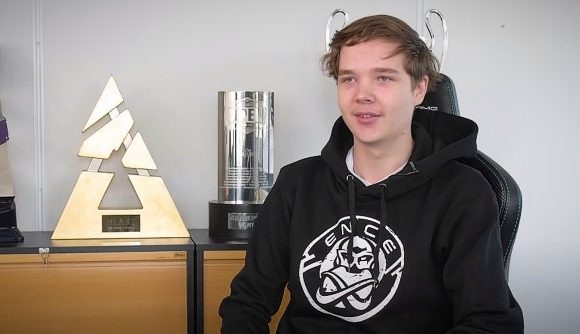 Finnish Counter-Strike: Global Offensive player Elias ‘Jamppi’ Olkkonen has been battling to reverse a lifetime VAC ban from the game to allow him to compete at major esports events, but it turns out his legal action against Valve has hit a very large stumbling block.

According to a response obtained by Finnish website Ilta-Sanomat, Jamppi’s lawsuit has been rejected “in all respects” – because he sued the wrong Valve. The company Jamppi and his legal team have sued was in fact Valve GmBH, a subsidiary group of Valve Corporation that deals with manufacturing electronic equipment rather than the licenses of games and esports tournaments.

The response from Valve GmBH says that “Olkkonen has brought an action against the wrong company on the wrong grounds” and states that the compensation Jamppi is looking for (over 250,000 euros for lost income when he was denied a spot on OG’s roster because of his ban) will never be awarded even if he had sued the correct company because Valve can’t be responsible for the decision of a third party.

Jamppi has been actively trying to get a reversal of his ban since 2019, with many sympathising with the young player who received his VAC ban when he was just 14 years old.

This snag with his lawsuit will mean he’ll have to wait even longer for his decision to be heard in court.

Jamppi is currently signed to a pro team in ENCE, but he cannot represent them at any Valve-affiliated major.