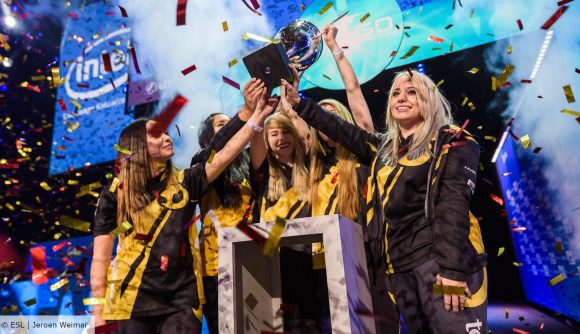 Every year, thousands of esports fans gather in an industrial city in Poland to watch their favourite teams go head to head at Intel Extreme Masters Katowice. Except this year there’ll be a distinct lack of female Counter-Strike: Global Offensive teams performing, as ESL has cut this year’s Intel Challenge.

According to a report from Ginx TV, ESL has decided to pull the plug on the Intel Challenge after five years of bringing some of the world’s best female CS:GO teams together. The tournament was created by ESL, Intel, and AnyKey to stimulate growth in the female scene, as well as shine a spotlight on the game, the teams, and the players.

“The Intel Challenge has been a fundamental part of IEM Katowice since the launch in 2015 and we are sorry to inform you that there will be no edition this year,” Christopher Flato, ESL’s head of PR says. “We are working closely with AnyKey and other partners to strengthen and support diverse participation in esports. ESL continues to further develop possibilities such as the Intel Challenge in order to build up and foster more women playing competitively.”

At last year’s finals, which Dignitas won, there was no room to move in the exhibition hall, so it’s interesting that ESL has decided not to run this tournament again. Although it’s likely that the tournament organiser is now focusing on the ESL Pro Tour, which it says provides a better path to pro for many players.