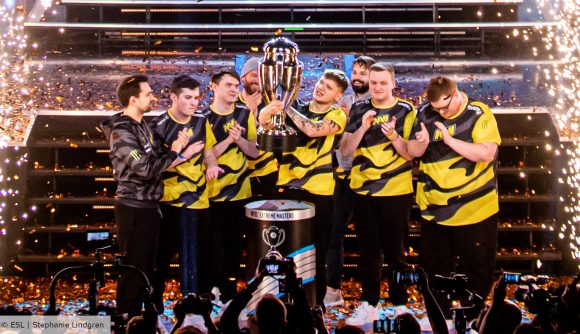 Despite having to close its doors to the public, IEM Katowice 2020 is the most watched tournament outside of a Major in Counter-Strike: Global Offensive history. The tournament surpassed all expectations, beating the previous record set by Epicenter in 2017.

The tournament, which saw Natus Vincere dominate their opponents throughout the competition, pulled in a peak of 1,017,337 concurrent users excluding China, a total which far surpassed the CCU of the Starladder Major in Berlin last year and the PGL Major held in Krakow in 2017.

It's a deserved victory for ESL, after it was ordered to close the doors to the public on the eve of the playoffs by the the Silesian Governor over coronavirus concerns. With no fans able to get access to the Spodek, thousands flocked to Polish bars, pubs, and clubs to watch the matches, and hundreds of thousands more tuned in online to watch one of the most memorable tournaments to date.

The CCU set by Katowice 2020 will take some beating. But with this year’s Major postponed, and many more tournaments being pushed online, and of course, the lack of traditional sports at the moment, this might well be the start of a new trend for CS:GO and esports as a whole.

🙌Thanks to all of you, #IEM Katowice 2020 surpassed the 1M peak viewership mark (excl. China), becoming the most successful non-Major CS:GO tournament!

Get the full story behind the numbers at https://t.co/TLHLtZCEv5 pic.twitter.com/Bcl4R5op5p