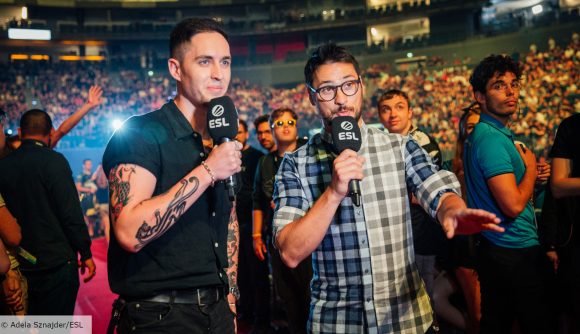 After working 150 Counter-Strike: Global Offensive events, prominent caster Henry ‘HenryG’ Greer has announced he’s hanging up his microphone. The Brit, who has worked in the scene for nearly six years now, says that casting “wasn’t making him happy” and that he needed a change.

In a revealing interview with DBLTAP’s Jarek ‘DeKay’ Lewis, HenryG says that while he’s blessed to have had such a successful career, the constant travelling associated with working CS:GO events and the lack of progression in broadcasting left him “jaded beyond belief.” He also admits that the recent sexual assault allegations levelled against him, which he maintains are false, have also influenced his decision to step down from casting.

“I’m sure everyone was expecting regular scheduled programming to resume and that I would eventually be back on your screens, putting on the cans and giving it hell. As much as I wish that was the case – it’s not,” he says.

“This has been the most difficult decision I have ever had to make and it is one that I don’t take lightly. This has been my entire life for close to a decade and I can assure you that I didn’t want it to go down like this.”

It comes with the heaviest of hearts, that today, I am announcing my retirement from Esports commentary.

Thank you so much for listening.

It looks like HenryG won’t be retiring from CS:GO altogether, though. The 32-year-old says his next move is going to be “a colossal one for the CS:GO community,” but we won’t know more until Monday, September 7.