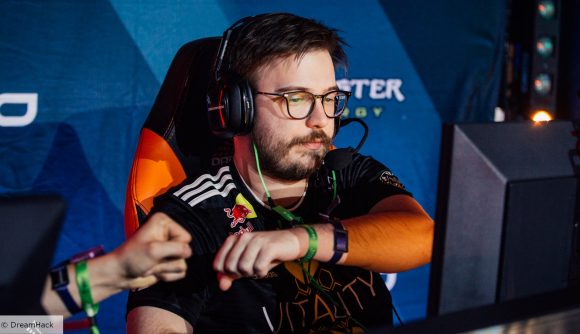 It’s official. Vincent ‘Happy’ Schopenhauer’s Deagle ace from the top of Banana on Inferno is the Counter-Strike: Global Offensive play of the decade.

Nearly 80,000 CS:GO fans voted in the final poll, which featured Jake ‘Stewie2k’ Yip’s Inferno B-hold at the Boston Major, Olof ‘Olofmeister’ Kajbjer’s game-breaking boost on Overpass, and Marcelo ‘Coldzera’ David’s jumping AWP shot on Mirage. It was Happy’s iconic ace against Team SoloMid in the DreamHack Open London 2015 though, which came on top with 36% of the vote.

And you can see why the clip became a fan favourite. Against a tactical TSM side, who later became Danish juggernauts, Astralis, Team EnVy opted for the anti-eco with Happy force buying a Deagle. He then used that to kill all five players, getting three blind headshots through smoke.

The play was not honoured by Valve with a graffiti but it’s clearly thought of highly by the community after all these years.

Congratulations to @Happy1, whose Deagle ace on Inferno at @DreamHack Open London 2015 won your vote for CS:GO play of the decade! https://t.co/bf51LxRCKh

Caster Jason ‘Moses’ O’Toole says Auguste ‘Semmler’ Massonnat’s casting of this clip is also one of the “most impressive casting moments of the decade” for him.

Happy hasn’t commented on the result just yet, but we imagine this accolade will make him pretty happy indeed.