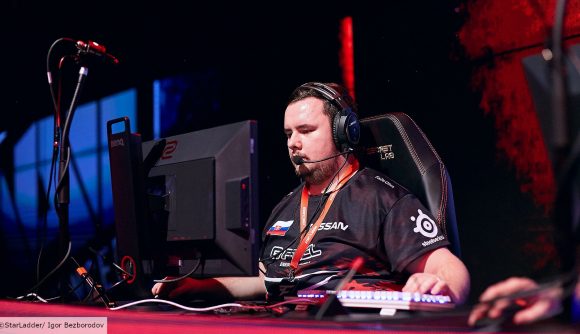 One of the Counter-Strike scene’s most well-known players, veteran AWPer Ladislav ‘⁠GuardiaN’ Kovács, has announced he is a free agent following the expiration of his contract with Natus Vincere.

The Slovakian, who has been benched since the signing of Ilya ‘Perfecto’ Zalutskiy in January 2020, is an iconic name in Na’Vi’s history, but failed to replicate the form of yesteryear since rejoining the organisation in 2019. Between his first and second stints with Na’Vi, GuardiaN represented FaZe Clan, winning a number of big events such as ELEAGUE Premier and ESL One New York in 2017 and EPICENTER in 2018.

However, he could only land just a four-month stint on Na’Vi’s roster before sitting on the sidelines for what has now been over a year. The 29-year-old AWPer says in a tweet that he is now open to any offers and is willing to “grind back my way to the top level events.”

With a decorated past that includes several titles and MVP awards, over $800,00 in tournament earnings, and being named the second-best CS:GO player in the world in 2015 behind Olof ‘olofmeister’ Kajbjer, GuardiaN is a player oozing with experience.

From now on I am a free agent. I am open to consider any offer and grind back my way to the top level events! You can email me on [email protected]! 👊

It appears that GuardiaN will be looking for new opportunities in CS:GO only, and will not follow the path a number of older pro players have taken in recent months and switch over to rival FPS Valorant.