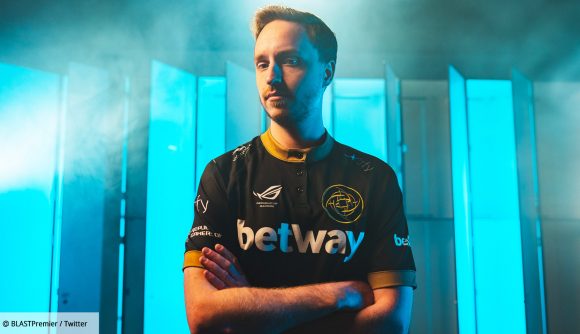 Christopher ‘GeT_RiGhT’ Alesund has stepped down from competitive Counter-Strike. The 30-year-old Swede announced via his Twitch channel that, while he has re-signed with Dignitas – the team he first moved to at the beginning of 2020 – it would be in a content creation capacity and not a competitive one.

Later in a tweet, GeT_RiGhT gives his thanks to all of his “ex teammates, TOs, organisations, partners, friends, fans, and so on.” “I couldn’t dream of a career I had if it wasn’t for you,” he says.

GeT_RiGhT has enjoyed a long and illustrious career in Counter-Strike esports, having been hailed as the second best CS player in the world by HLTV during the CS 1.6 era in 2010 and 2011, and the very best in the world at Counter-Strike: Global Offensive in 2013 and 2014. Following teasers on his social media channels, many were tipping the CS:GO icon to make the switch to Valorant esports. However, it looks like his competitive days are now over, regardless of the game.

GeT_RiGhT spent most of his CS:GO career with Ninjas in Pyjamas, who he first joined in 2012. The team found great success, going on a historic 87-0 map win streak with the team on LAN during 2012-2013, and winning ESL One: Cologne in 2014. He also won DreamHack Masters 2016 in Malmö – his home turf – with NiP; a particularly important moment for the player.

It’s us who are thanking you, @GeT_RiGhT. You will always have a place in Counter-Strike. 💛 pic.twitter.com/rjAKshCfbM

GeT_RiGhT’s transition from player to content creator echoes the decision made by former Valorant pro Tyson ‘TenZ’ Ngo, who recently stepped down from Cloud9’s esports team to also pursue content creation under its banner. With a large and loyal fanbase, the switch to content creation certainly makes sense for the legendary Swede.