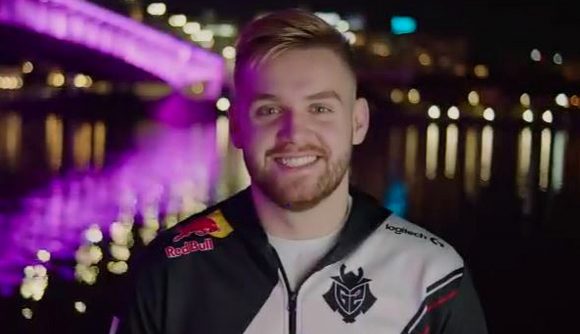 It’s been in the works for quite some time, but G2 has finally confirmed the signing of Nikola ‘⁠NiKo⁠’ Kovač to its Counter-Strike: Global Offensive team.

The Bosnian has been in discussions with G2 since the summer and leaves FaZe Clan after more than three years of service. In a TwitLonger, NiKo says that he leaves FaZe with “tears in my eyes” but also expresses his regret at not winning a major during his time with the team. “It sucks that we couldn’t bring a major trophy to such a legendary organization, but no one regrets it and is hurt more than me,” he writes. Following confirmation of NiKo’s departure, FaZe also revealed that coach Janko ‘yNk’ Paunović would also be leaving.

NiKo joins his cousin, Nemanja ‘huNter’ Kovač, on the G2 roster, and his announcement video shows huNter welcoming his relative to the organisation by saying: “Let’s take one selfie and let’s fuck them all.”

With a now six-man roster, it’s unclear if G2 will now be offloading one member of the team.

Tweeting about his acquisition of NiKo, G2 CEO Carlos ‘Ocelot’ Rodriguez made time to have a little snipe at Cloud9 general manager Henry ‘HenryG’ Greer, imitating his announcement posts that aim to improve transparency around CS:GO contracts and signings. Ocelote jokes NiKo’s contract length will be “until he sucks” and his value is “his cousin’s in the team.”

NiKo looks set to make his G2 debut next week as the European team faces Brazilian side FURIA at the BLAST Premier Fall Series.