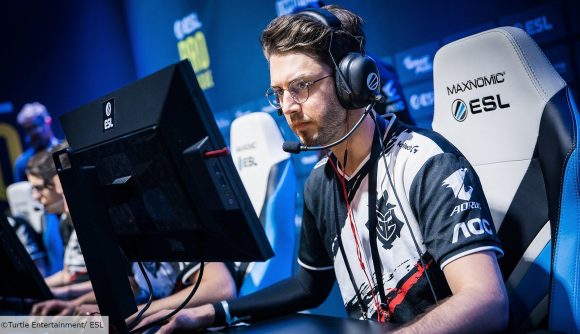 After three tournaments of trialling a six-man roster, G2 Esports has revealed the five-player squad that it will retain for future Counter-Strike Global Offensive competitions. The European organisation has decided to keep Frenchman François ‘AmaNEk’ Delaunay after the 27-year-old impressed during stages of the BLAST Premier Fall Series and at the DreamHack Masters Winter.

The decision now means countryman and fellow Counter-Strike veteran Audric ‘JaCkz’ Jug is benched. G2 confirms in a statement that JaCkz is still contracted to G2 but is allowed to explore other options. JaCkz was given his opportunity to fight for a spot on the roster during the IEM Beijing-Haidan tournament, at which G2 finished in the top four.

Despite the decent finish, team manager Jérôme ‘NiaK’ Sudries says in a statement that G2 “quickly realised that our system benefited more from [AmaNEk’s] qualities.” JaCkz has represented G2 for two years after joining from 3DMAX in November 2018.

Commenting on his team’s decision to drop him, JaCkz says that he will “fight” to find a new opportunity in CS:GO for 2021.

“I hope that history will continue to be written, [I’m] ready to fight for 2021 and explore new options that will allow me to become better,” he says. “Lately I was not at my best in terms of performance, the disappearance of a childhood friend has unconsciously impacted me I think and I refused to accept it. This is not an excuse, I just needed to share it with you.”

G2 is over for me

G2 began its period as a six-man team after one of CS:GO’s top talents, Nikola ‘Niko’ Kovac, joined the roster from FaZe Clan in October. G2 fans were informed at the time that it was not in the team’s interest to have six players on its books, and that one would eventually be cut.

This is despite other big names in CS:GO, such as Astralis, shifting into a model that supports having larger rosters to mitigate the risk of fatigue, stress, and burnout in esports.