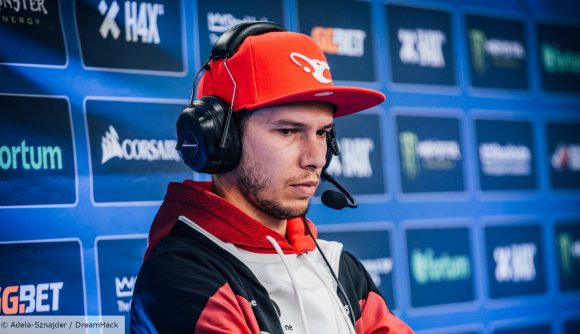 It has already been a day of reckoning for the Counter-Strike: Global Offensive community. The Esports Integrity Commission revealed earlier today it was issuing bans to 37 coaches for abusing the now infamous coach spectator bug, but not everyone is happy about it – in fact, forZe eSports is already challenging the findings.

Following the release of the report, in which assistant coach Sergey ‘Imbt’ Bezhanov was named, the Russian esports organisation has leapt to his defence. Despite being banned for seven and a half months for apparently abusing the bug in three separate cases (two against MiBR and one against Nordavind), forZe isn’t happy with the investigation.

According to the organisation, the assistant coach was in the Maincast analytics studio for the the MiBR match and couldn’t abuse the bug by providing information to players. In the Nordavind match, lmbt apparently reported this to ESIC himself and did not pass on any information to his players.

“Sergei ‘lmbt’ Bezhanov remains the team’s coach,” forZe’s statement reads. “The organization and the players support the coach as much as possible and hope that this situation will end fairly, cause he was accused without a preliminary investigation and request for an explanation and, moreover, they intend to give a ban for 7 months, without taking into account any circumstances.

“In this regard, we will defend our position and, if necessary, will contact the appropriate authorities for further investigation.”

Today ESIC published full list of coaches used the ingame CS:GO bug and the sanctions imposed on them. Our coach @LMBT_CSGO also is on the list. We disagree with this decision and we have strong evidence of his innocence. Read the full statement here: https://t.co/1WqWSYg9tI pic.twitter.com/u3rw6IsWCQ

lmbt has also stressed his innocence in a personal statement. He says he worked with ESIC to provide details of the bug where possible, but that he was not contacted about the two cases in the MiBR match. As such, the Ukrainian says he “will not accept punishment” based on that report.

“I’m ready to receive fair penalty, but the key word here is ‘fair’,” he adds.