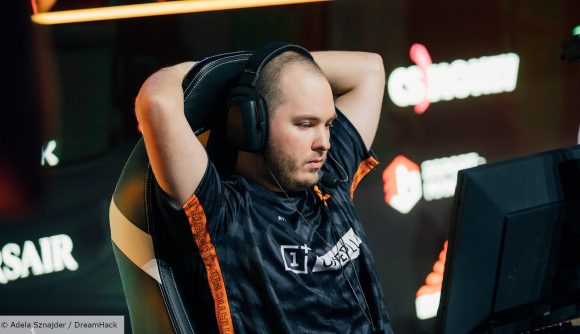 Counter-Strike: Global Offensive veteran Robin ‘flusha’ Rönnquist has left Fnatic for a third time, 15 months after rejoining the organisation. The 27-year-old will be joining a number of other notable CS:GO pros – who are all currently benched or inactive at their current teams – in a new venture, which according to the player has the backing of a yet to be revealed organisation.

The Swede’s latest stint with Fnatic began in September 2019, but flusha has been sat on the sidelines since January after he was benched. Three months later, he has finally been released. In a statement, Fnatic’s head coach Andreas Samuelsson describes flusha as “one of the smartest and most iconic players in CS:GO history.”

Following Fnatic’s announcement, flusha revealed his next steps. The veteran will be forming a new roster, featuring some well-known names that are all currently looking for a new home. They are Miikka ‘suNny’ Kemppi, Jere ‘⁠sergej⁠’ Salo (both previously ENCE), Rokas ‘EspiranTo⁠’ Milasauskas (previously c0ntact) and Buğra ‘⁠Calyx’ Arkin (previously Envy).

Speaking to HLTV, suNny has confirmed that he, flusha, sergej, and EspiranTo have all been signed by their new organisation, while Calyx will be joining as a trialist. The identity of the organisation is yet to be announced.

Thank you for everything @flusha.

HLTV also claims that the project has been a few months in the making and was put on hold in February after one of the original candidates to be on the team, former Gen.G player Timothy ‘autimatic’ Ta, left to pursue a career in Valorant. He now represents T1.

autimatic reportedly left the project for Valorant as there was a lack of interest from esports organisations to sign the team. However, that hurdle now appears to have been jumped.