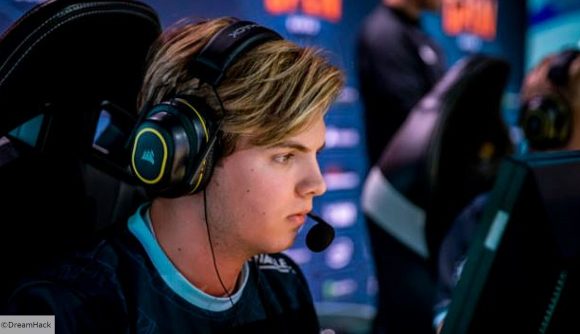 Danish Counter-Strike pro Markus ‘⁠Kjaerbye⁠’ Kjærbye is set to join FaZe Clan, according to reports, with Aurimas ‘Bymas’⁠ Pipiras leaving the roster after a trial period.

Cybersport Poland and HLTV are reporting that ex-North player Kjaerbye, who has been without a team for over two months since leaving the organisation, will join FaZe ahead of the online ESL One Cologne regional event later this month. This will see FaZe release Lithuanian teenager Bymas, who has been standing in for CS:GO veteran Olof ‘Olofmeister⁠’ Kajbjer since he announced he was taking time away from competing in May. While those were always big shoes to fill, Bymas has struggled to impress on the star-studded roster.

Instead, the more experienced Kjaerbye is now expected to step in, but with FaZe and the player himself yet to confirm the move, it’s unclear whether it will still be on a temporary basis in anticipation for an Olofmeister return or a longer stay on the FaZe roster.

After finishing third in three consecutive tournaments (ESL One: Road to Rio, DreamHack Masters Spring, and BLAST Premier Spring) FaZe tanked significantly at cs_summit 6, where they placed a disappointing 11th.

The signing of Kjaerbye will hopefully turn fortunes around and see them push on past a third place finish.