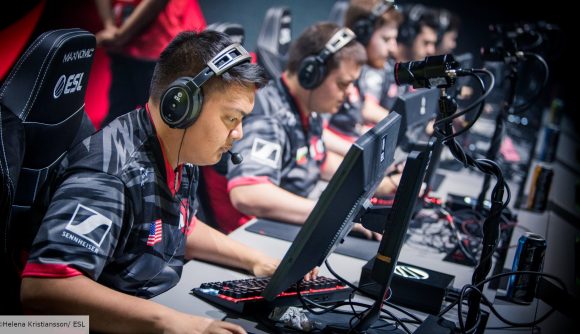 Professional esports players at the top of their game face the same level of pressure and stress that professional sports athletes endure, according to a new report.

Researchers at the University of Chichester interviewed a number of “high-ranking” Counter-Strike: Global Offensive players, and found that esports players faced 51 different stress factors, including performance issues on stage. These are directly linked to mental conditions experienced by the likes of professional football and rugby players.

The report, which is published in the International Journal of Gaming and Computer-Mediated Simulations, found that poor communication is one of the largest stress causes among esports players, with common responses being aggression, which as many of us know, leads to tilting.

“Esports has become a multi million-pound business attracting audiences worldwide, but there is little research into the psychological factors that influence players,” Dr Phil Birch, one of the co-authors of the paper, says in the press release.

“We have discovered that gamers are exposed to significant stress when competing in top-flight contests. By isolating these stressors, we can help esports players develop effective coping strategies and optimise performance.”

To combat some of these pressures, the researchers are advising esports organisations provide psychological training to all athletes going forward to effectively prepare them for top-class performances.

“As an industry we’ve known for a long time that stressors on top level players can negatively affect their performance,” Rob Black, the chief operating officer at ESL, adds. “This study proves this and reinforces what we’ve been saying for years.”

This paper follows another study which notes esports players are prone to getting back and eye injuries from playing all day. Although some of the conclusions drawn in both studies might be obvious to the everyday gamer or esports viewer, it’s good to have more eyes on the industry, especially if it’s going to enhance working conditions for professional players.