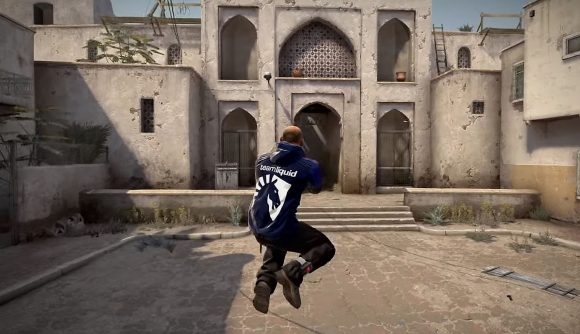 A CS:GO modder has created a set of awesome character models that allow fans of the game to support their favourite esports organisation.

Reddit user ‘Firexstudio’ posted an incredible video of their creation – which they made alongside modder ‘BTDaniel’ – showcasing a T-side character model donning 15 different hoodies, all with the colours and branding of different esports teams. There are designs for the biggest names in CS:GO esports, such as Astralis, Team Liquid, FaZe Clan, Mousesports, and more. The hoodies all share the same basic design of having a large team logo on the back and a small logo on the chest. The only exceptions are the Team Liquid and Team Vitality jerseys, which have bigger and more elaborate front designs rather than the small basge on the chest.

The concept has gone down amazingly well with CS:GO fans on r/GlobalOffensive, with the video receiving over 7,000 upvotes. Fans have been desperate to see some form of character model customisation in the game that allows them to show their support for their team, and this mod shows how it could be implemented.

Despite it being a no-brainer to include in-game cosmetics for esports teams, very few games actually have such a thing in place. Some exceptions are FIFA 20, which include custom football kits for of a range of esports organisations in Ultimate Team, and Rainbow Six Siege, who released esports team-themed kits for specific operators in the game earlier this year.

However, the character models do create their own problems. There has been a lot of criticism surrounding the custom models introduced in the latest CS:GO operation, Shattered Web, as certain coloured skins can act as incredibly effective camouflage in certain maps. The issue has already led to custom models being banned from competitive tournaments.

This means that teams wouldn’t be able to wear their actual in-game cosmetics when competing at events.

That is unless there is a way of showing those character models on the broadcast to viewers, while the competitors themselves only see default models.

This could  be an attractive proposition for both the esports teams themselves and their sponsors, who would see their brands centre stage on the actual player models, rather than just on the jerseys of the actual competitors.