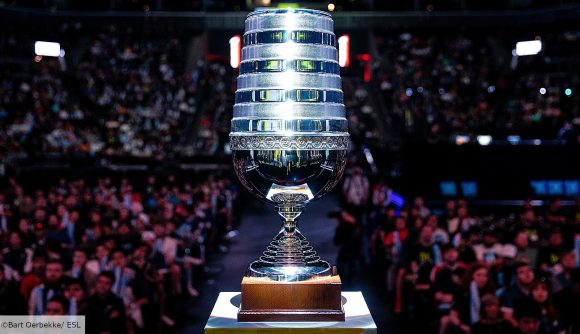 In solidarity with the ongoing protests against racism in the US and the player boycott of the NBA, the first semi final of ESL One Cologne has been postponed. Several baseball games have also been postponed as the world takes time to reflect on the most recent atrocities, include the police shooting unarmed Black man Jacob Blake in the back, and 17-year-old white man Kyle Rittenhouse being arrested for two counts of murder against BLM protestors.

Team Chaos is understood to have initiated the postponement, with Team Liquid agreeing to the proposal in order to highlight the systemic racism and police brutality within American society. In a statement explaining the decision, Chaos also threw a spotlight on gaming’s role in maintaining racism.

“Now is not the time for games,” Chaos says on Twitter, “We are mad. We are exhausted. We know that gaming is part of the problem.” Liquids’ statement followed shortly after, in which the organisation said it supports the decision.

In Chaos’ statement, it says the decision has been taken in order to do their part to “move the light where it belongs – on the protests against this country’s continued systemic racism and police brutality.”

We will be postponing our ESL One match today against @TeamLiquid pic.twitter.com/Rjapziz2fE

Team Liquid, meanwhile, recognised that it “has an important part to play,” and will with partners and advocates to better support the Black community.

As if to highlight Chaos’ point about gaming being part of the problem, several of the replies were dismissive of the rampant issues of racism in both the US and in gaming, and of Chaos’ decision, though as many praised the team for its solidarity and action.

Chaos has previously called out racism on their Twitter feed, blocking fans who have used slurs or abusive language.

The match has been scheduled for tonight instead, and will take place simultaneously with the second semi final, which sees FURIA face off against Evil Geniuses.