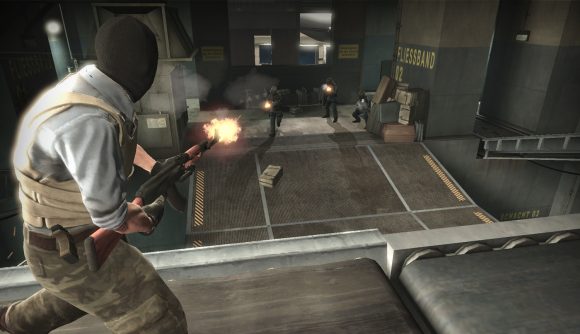 Last week, ESL announced it was changing the format of the Pro League, halving the amount of competitors and telling Counter-Strike: Global Offensive teams they would have to qualify again leaving them with just days to prepare. The reveal of the ESL Pro League has been widely criticised by the CS:GO community, so much so that ESL has actually issued an apology.

Ulrich Schulze, senior vice president product at ESL, says the tournament organiser has not conducted the process up to the “desired standards” and would be working with teams to better communicate the next steps about qualification, the tournament, and more.

He says: “We got it wrong by not letting affected teams know further in advance that significant changes were coming, including the number of teams playing. While several important elements in the league’s structure were unknown until last week, the teams were not given enough notice. We were not specific enough about how teams can get back to the EPL in the future. We are still working on final details in consultation with the CSPPA, but any of the teams will be able to make it back in S12 – not only through MDL and in a way that ensures regional representation.

“We did not engage with the affected teams enough to understand how we can preserve the value the EPL slot held for them. We have reached out to all the teams and are going to speak this week to make sure we can address their concerns to the best possible extent.”

ESL came under fire from Duncan ‘Thorin’ Shields especially, who said he won’t be working with them again until the “people responsible are named or fired or leave the company.” Thorin is the creative director for the new FACEIT league code named ‘B Site’ which will directly compete with the Pro League. So far the talent and six teams have been locked down for his tournament and there’s more to come.

However, the analyst has also taken a swipe at the Counter-Strike Players Association in recent weeks for “the lack of public and private communication” the group has had with industry professionals.

But the group has since emerged from its period of silence to condemn ESL’s behaviour. The group has also clarified it cannot do much to change the “business decisions” of tournament organisers.

“We are disappointed with the way ESL has handled their communication of the EPL changes,” part of the CSPPA’s statement says. “We have been working hard to keep the leagues and the tournaments as pen as possible, and have been and will continue to do our utmost to ensure that the affected players will have the best possible opportunities to qualify for EPL and other leagues.

“The CSPPA players ask the community to trust what we do – work tirelessly to improve the working conditions of professional players within the commercial realities of the current CS:GO ecosystem in a fair and balanced manner which will elevate the professional CS:GO for all stakeholders involved, including fans.”

More details about the ESL Pro League are expected in the next few days. The tournament is scheduled to start in March.