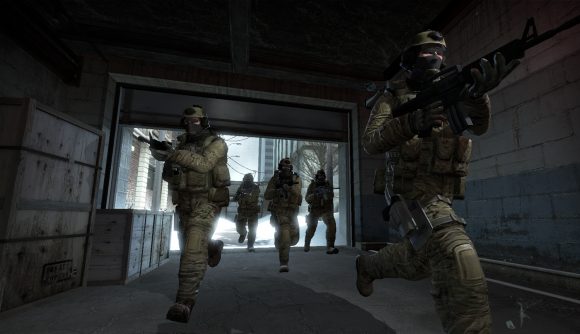 The Esports Integrity Commission is launching a massive historical investigation into the exploitation of CS:GO’s spectator bug, spanning as far back as 2016.

In a statement released today, ESIC revealed that over 25,000 hours of gameplay footage from CS:GO events would now be reviewed in an attempt to unearth more instances of the spectator bug exploit being used. The launch of the investigation comes after three coaches were found guilty this week of using the exploit in ESL tournaments.  The two referees who first discovered the use of the exploit, Michel Slowinski and Steve Dudenhoeffer, have again been enlisted to trawl through the thousands of hours of footage in ESIC’s large scale investigation.

While ESIC, Slowinski, and Dudenhoeffer are committed to going through all of the evidence in this investigation – which ESIC estimates will take around 8 months to complete fully – there will be an initial “confession period” for those who want to admit their guilt to using the exploit prior to the investigation. The confession period is open now and closes in just nine days on September 13.

ESIC also reveals some details on how the investigation will work. Gameplay will be reviewed and analysed by both “AI and visual inspection” from Slowinski and Dudenhoeffer, whose hard work during the initial investigation into the spectator bug has been recognised by the community by way of a fundraiser, which has already seen thousands of dollars donated to the pair.

Investigation will examine 25,000 hours of demo footage dating back to 2016.

Michael Slowinski & Steve Dudenhoeffer to be contracted into investigation project.

If new details emerge during the investigation, such as punishments for players or coaches, these will be summarised and announced in monthly reports. A quarterly update will be issued as standard, even if the team does not find any wrongdoing in that period.

dead was also found guilty by BTS of using the same exploit in its tournaments.

As well as the spectator bug investigation, ESIC is also currently looking into several suspected cases of match-fixing in the MDL CS:GO league. The last few days have sparked debates about CS:GO’s competitive integrity, especially since making the switch to online tournaments due to the coronavirus pandemic.