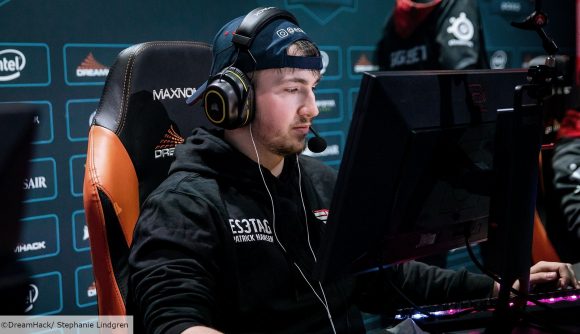 Astralis has confirmed it has agreed a deal with Cloud9 that will see Patrick ‘es3tag’ Hansen depart in the biggest individual deal ever in CS:GO.

es3tag – who has only been an Astralis player for less than four months after signing in July – will round out Cloud9’s new starting roster that has been assembled by new general manager and former CS:GO caster Henry ‘HenryG’ Greer. HenryG has promoted full transparency when it comes to player signings and has shared the transfer fees and salaries being paid to each player with fans. He has confirmed that the es3tag deal is worth $2.1 million, which includes his transfer fee and salary of his three-year contract.

“The Colossus plucks the brightest star from the Danish night sky to complete a line-up with true astronomical power,” HenryG tweets. The $2.1 deal is now the biggest ever for an individual CS:GO player according to Forevr, the esports management agency that helped negotiate the transfer.

On a post on Astralis’ website, es3tag says he didn’t expect to be leaving the Danish team so soon.

“Things have gone extremely fast,” he says. “I am proud to represent Astralis, I love the fans and I never for a second thought, I would be moving on to a different team this early. I just won my first big title and I truly enjoy working with all the guys on and around the team.”

Astralis and Cloud9 have agreed to a transfer of Patrick @es3tag Hansen from Astralis to @Cloud9.

The transfer will be effective after DH Open Fall. Let’s finish this adventure in proper fashion. 🔥#ToTheStars pic.twitter.com/W7xdsqBpTJ

es3tag will join up with Cloud9 following DreamHack Open Fall, which kicks off today and concludes on October 25. Cloud9’s rebuild features former Team Vitality player Alex ‘ALEX’ McMeekin, who joined as the team’s captain and in-game leader in a deal worth $1.65 million, according to HenryG.

With its fifth man now confirmed, Cloud9’s new look roster has a combined value of over $6 million.

While Astralis has previously stated it intends to build a ten-man, two-squad roster in Counter-Strike, it’s likely that the return of Andreas ‘Xyp9x’ Højsleth to the starting squad following a long period of medical leave will have pushed es3tag to the substitute bench.