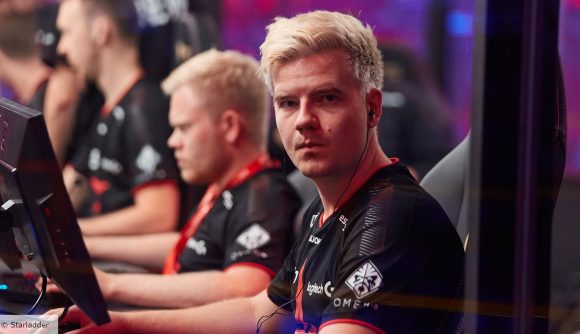 It’s clear that using the SG 553, or the Krieg as it’s commonly called, in Counter-Strike: Global Offensive is the current meta, but professional players aren’t happy. In fact, Peter ‘dupreeh’ Rasmussen, Astralis’ rifler has called it the “most overpowered gun in the history of Counter-Strike.”

The rifler made the comment while speaking to HLTV before Blast Pro Series: Copenhagen, where Astralis is hoping to pick up its first victory in the capital, and with the gun’s incredibly fast fire rate, scope, high first-shot accuracy, and predictable spray pattern, it’s no surprise that the pro players are unhappy.

“I think we are looking at the most overpowered gun in the history of Counter-Strike, honestly,” the rifler tells HLTV. “The gun is basically too powerful in terms of the accuracy, it has a scope, and some people claim it has an easier spray pattern than the AK if you just learn it.”

The gun’s price was reduced from $3,000 to $2,750 in October, making it a more favourable choice over the AK-47, previously believed to be one of the best guns in the game. Since that price reduction, more and more players both casually and competitively opt to play with the Krieg due to its capability to out-duel AWP players on both sides, something dupreeh alludes to in his interview with HLTV.

“When a CT gets a Krieg, he will go for duels that he would’ve been unable to take with an M4 or an AK, and he’s just going to sit there and hold an angle, and it’s really powerful,” he says. “It seems you can actually out-duel AWPs.”

The Krieg has become a real talking point in the pro scene of CS:GO, with many calling for the gun to be nerfed. While some have argued the base damage of the gun should be reduced, or the price of the gun reinstated as $3,000, there are some more inventive solutions out there too.

Russel ‘Twistzz’ Van Dulken, Team Liquid’s rifler, believes the gun should be made semi-automatic, which would increase the recoil and stop players from taking on pretty much every engagement.

No semi-automatic gun in cs yet, I think it should be the first. In my mind this is the only way not to ruin the gun entirely

But there are fears that making the gun semi-automatic could render the gun, as Twistzz and Dupreeh point out, completely useless, and finding the right balance is difficult.

Either way, with more pro players venting their frustration about the meta online and sharing ideas on how the SG 553 could be balanced, Valve will have to listen and make changes soon.