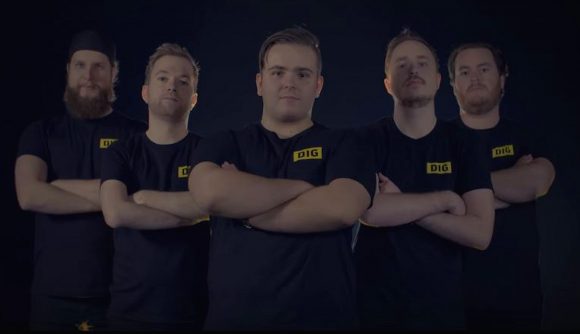 Dignitas has reunited Ninjas in Pyjamas’ iconic former roster from the 2010s by acquiring the quintet and reentering male Counter Strike esports.

All five Swedish former NiP players join Dignitas, with four of them heading to the roster to compete and Robin ‘Fifflaren’ Johansson becoming team coach. That means the quartet of Christopher ‘GeT_RiGhT’ Alesund, Patrik ‘F0rest’ Lindberg, Richard ‘Xizt’ Landström, and Adam ‘Friberg’ Friberg, will compete together once more, with the fifth man being Norweigan youngster Håkon ‘Hallzerk’ Fjærli.

This is Dignitas’ first foray into male CS:GO since August 2018, with its only activity in the scene being with its all-female roster. The reunited quintet were one of the most dominant CS:GO rosters ever in their day and were virtually untouchable between 2012 and 2013. Despite Fifflaren departing in 2014, the remaining four members went on to be the longest-serving core of a team in the esports’ history, according to HLTV, competing alongside each other until 2017.

Even with the youth of Hallzerk, the new Dignitas roster has an average age of 27, making it one of the oldest among top tier esports organisations.

DBLTAP reports that Dignitas will be one of the 12 teams competing in the new FACEIT-ran CS:GO league that has been codenamed ‘B Site’, which is the replacement for the outgoing ECS.