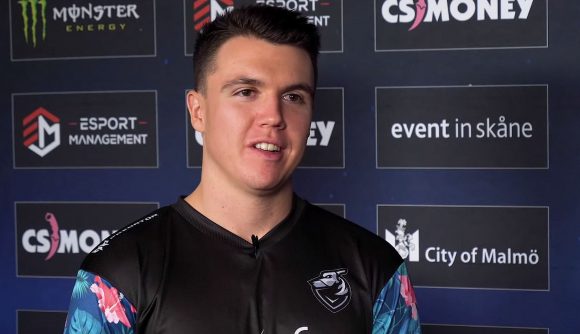 One of the most recognisable names in competitive Counter Strike, Ollie ‘DickStacy’ Tierney, has stepped away from competitive CS:GO and left Renegades for medical reasons.

DickStacy, who had been part of Grayhound Gaming for over two years before the entire roster was acquired by Renegades in December 2019, announced that he would be leaving the organisation and the CS:GO esports scene on January 9. The Australian, who is known in the community not only for his memorable name but also for his antics on stage and in interviews, cites an “eye condition” as the reason for stepping down, saying that it limits the amount of screentime he can endure.

“I’ve had an eye condition for about a year now,” explains DickStacy in his announcement video. “It prevents me from putting too much intense screentime in and it wasn’t fair on my teammates. It wasn’t fair on my brothers, not being able to put these productive, elite CS:GO hours in. So yeah, you have to take care of yourself in that aspect.”

DickStacy goes on to summarise his career in CS:GO and thank his fans for their “continuous support.”

Towards the end of the video, he states that he has “no intention” of being a competitor while he attempts to improve the health of his eyes. This could see him lean more into streaming or potentially even casting.

DickStacy and the rest of the Grayhound/Renegades roster has been the dominant force in the Oceania region for competitive CS:GO for some time and it will be hard for the tight-knit roster to lose a member of the team.