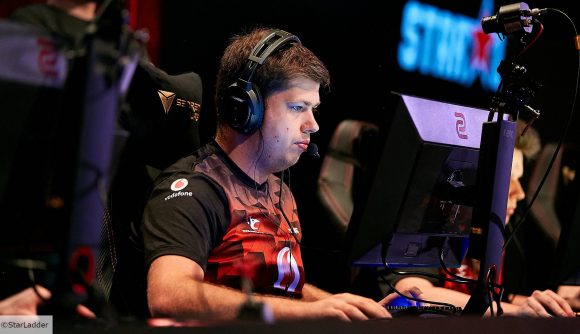 FaZe Clan’s former in-game leader Finn ‘karrigan’ Andersen has returned to the organisation’s Counter-Strike: Global Offensive roster after leaving mousesports. The Dane, who played for FaZe for more than two years between 2016 and 2018, is now back with the team following the retirement of Olof ‘olofmeister’ Kajbjer.

During his first stint with FaZe, karrigan helped guide the organisation to a number of big tournament wins, such as an ELEAGUE Premier title in 2017 and EPICENTER 2018. Despite now being 30 years old, the rifler has still managed to stick to his winning ways during his time at mousesports, which included winning Season 10 of the ESL Pro League. During his decorated career, which has seen him represent other big name organisations such as TSM, Astralis, and Fnatic, karrigan has won over $1 million in tournament prize money.

While many older CS:GO pros have looked for a fresh start in esports by switching over to Valorant, karrigan still looks in prime shape to keep competing at the highest level and is clearly keen to bring even more titles to FaZe.

While his return has been rumoured for some time, it hinged on what CS:GO legend olofmeister would decide to do about his competitive future. After helping FaZe qualify for the BLAST Premier Spring Finals this weekend, olofmeister confirmed that he would be leaving FaZe to evaluate his options, but didn’t confirm whether he would retire.

While it is yet to be explicitly announced by FaZe or karrigan, it’s thought the Dane will become the team’s new IGL.

karrigan won’t have long to wait for his first game back in a FaZe jersey, with the team competing in the online 2021 Intel Extreme Masters which kicks off later this week.