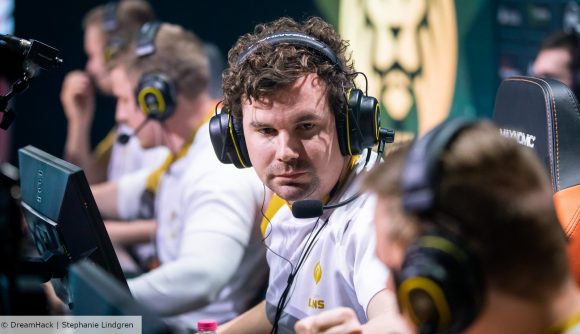 Hundreds of professional Counter-Strike: Global Offensive demos have been reviewed by league officials and referees over the last few days, after it was discovered three coaches had been using a spectating glitch to give them an unfair advantage over their opposition in games. However, even though the coaches have been issued competitive bans, the Esports Integrity Commission (ESIC) says there is “insufficient evidence” to prove player complicity.

In a statement released today, ESIC has confirmed that MiBR’s Ricardo ‘dead’ Sinigaglia, Heroic’s Nicolai ‘HUNDEN’ Petersen, and Hard Legion’s Aleksandr ‘zoneR’ Bogatiryev have all been found guilty of exploiting the infamous coach bug, but that there is “insufficient evidence” in regards to player wrongdoing.

“ESIC has reviewed an extensive amount of information with the aim of ascertaining any evidence of complicity of players involved in the affected teams,” the statement says. “As of the date of this statement, ESIC is of the view there is insufficient evidence available to determine with any certainty that any players knew or were complicit in the behaviour of the coaches.

“ESIC’s role in protecting the industry from cheating and match fixing involves the assessment of evidence in order to determine breaches of our Code. Accordingly, ESIC will not speculate on the complicity of players and we urge all other parties in the industry to do the same.”

Evidence of exploitation of the coach spectating bug came to light on Monday and since then HUNDEN, dead, and zoneR have all been banned from ESIC member events, including ESL, DreamHack, and BLAST tournaments. The commission has also asked other tournament organisers to honour these bans for the “purpose of protecting the esports scene internationally.”

Since the bans have been issued, zoneR has been relieved of his role of coach, and both HUNDEN and dead have been suspended by their organisations.

Although punishments have been dished out, the investigation into the scandal will be kept open for another two months, and ESIC has encouraged anyone with additional information to come forward.