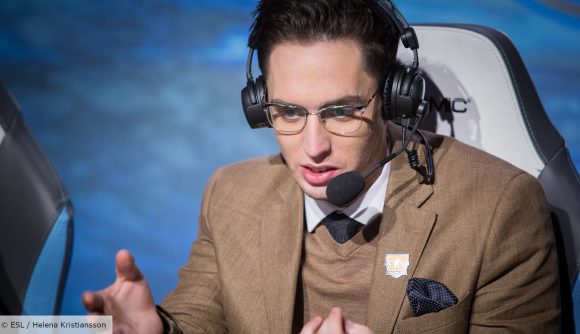 Having six professional players on a Counter-Strike: Global Offensive roster is quite a fashionable thing at the moment. With the uncertainty a global pandemic brings, plus the threat of burnout and injury, many organisations have pivoted to bringing in additional players to plug the gap in their schedules. This is something Cloud9’s new general manager Henry ‘HenryG’ Greer wants to explore, but with a twist.

Speaking on the HLTV Confirmed show, the former caster says he’s looking to sign a sixth man to the team soon, but that this player will play an active part in the team’s training and practice schedule.

“I plan to announce a sixth player as we open up shop,” HenryG says. “I’m going to have an active sixth player who’s not going to be on the bench as it were, he’s going to be actively playing, he’ll be more of a brand ambassador while we’re setting the operation up and getting the team stabilised.

“He’ll be actively ready and working with us in practice and then the idea going forward is that we have someone there if anything goes wrong. It’s not to keep players on their toes. The world has proven to be very unpredictable, so if we have travel issues, if we have someone who falls ill, I want to have a very competent player who knows the role and everything we’re doing.”

HenryG says that while he hasn’t signed that sixth man just yet, he does have a shortlist of players he’s interested in signing for that position. The showman says his shortlist is full of players who have untapped talent and who haven’t made it just yet.

Currently Cloud9’s roster consists of only Alex ‘ALEX’ McMeekin, who was announced by the organisation last week. HenryG says two more players are on the cusp of signing the dotted lines of their contracts, but we won’t know more until the end of the week.