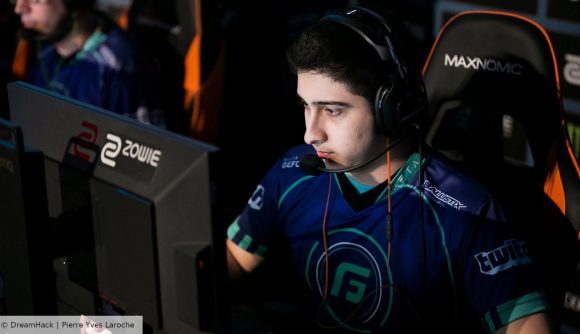 Edgar ‘MarKE’ Maldonado has signed for Chaos’ Counter-Strike: Global Offensive squad, replacing Joshua ‘steel’ Nissan. Steel was a veteran of the CS:GO scene and Chaos’ in-game leader, but he recently swapped CS:GO for Valorant, as many CS:GO pros have done in the past few weeks.

Chaos confirmed the signing in an official announcement on its website, in which the team also announced that while MarKE is filling steel’s spot, Anthony ‘vanity’ Malaspina will be taking over from steel as in-game leader. Erik ‘Xeppaa’ Bach, Nathan ‘leaf’ Orf, and Jon ‘Jonji-JLC’ Carey complete the five person line-up for Chaos.

MarKE has been on the scene since 2016, and has previously played for NRG, Torqued, Swole Patrol, eUnited, and most recently Ze Pug Godz. In Chaos’ statement, the team says it hopes MarKE will “bring the right mixture of experience and raw mechanical skill to balance the team and help carry it to new heights.”

Chaos will be looking to move forwards with MarKE in its roster, having just entered the HTLV top 20 in the world rankings for the first time in its history. The team entered the top 20 with steel by its side, but with steel  having a lifetime ban from all Valve events following the 2014 iBUYPOWER match-fixing scandal, it is perhaps best for both parties to move on. With MarKE, Chaos can begin looking to the future.

We're bringing in someone we believe will bring the right mixture of raw mechanical skill and experience.

MarKE’s 1.13 ranking on HLTV’s charts for 2020 puts him above all of his new teammates, who range from 1.07 to 0.95. All things considered, Chaos feels like a team with an upward momentum in CS:GO, and it will be looking for MarKE to be a big part of their continued success.