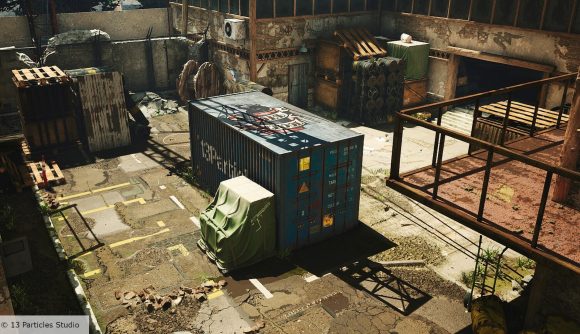 We’ve already been treated to a shiny new remake of Counter-Strike: Global Offensive’s Cache, but one studio has taken that one step further with a beautiful remodel in a totally different game engine. 13 Particles Studio recreated the iconic map in Unreal Engine, and it’s brought the map to life in a new way.

The team were so inspired by Wiktor Öhman’s Dust2 remake in June that they decided to take on Cache, which was recently updated by Sal ‘Volcano’ Garozzo and Shawn ‘FMPONE’ Snelling.

Although the Unreal Engine version is based on the original version of Cache, it adds a completely different feel to the Chernobyl-inspired map. With the capability of Unreal Engine, the location really does look like it’s been abandoned for decades in the wake of a nuclear disaster.

Although the remake, which you can see for yourself below, totally has us wishing we could see CS:GO on a newer engine in the future, we know that the dust particles and glare would be an absolutely nightmare for visibility.

It also doesn’t feature any of the new Cache easter eggs, like the portrait of the man who prevented WW3, or the magazine cover of a pro player’s cat. So, even though it’s absolutely gorgeous, we know we’d go back to the Source version of Cache to play any day.