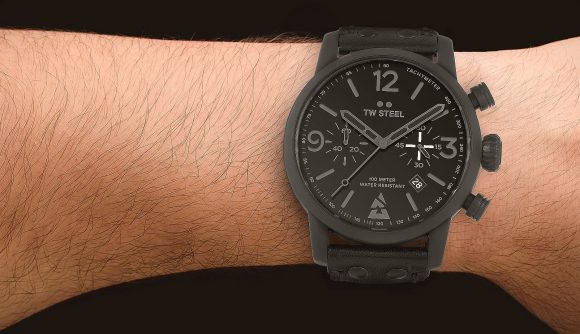 In what is surely a first for the esports scene, CS:GO tournament organiser BLAST has announced that it is releasing its own line of wristwatches that are inspired by Counter-Strike.

BLAST will not only release the watches for CS:GO fans to buy but will also award limited edition “one-offs” to the winners of the BLAST Premier Global Finals. Not a bad little add-on to the $1,000,000 in cash, eh? BLAST’s partner in this venture, Dutch watch manufacturer TW Steel, has created two styles of CS:GO-themed watch.

First there’s the Volante, a little stainless steel number with the outline of an unspecified CS:GO map created in titanium on the watch’s face, that’ll set you back a cool €149 ($167). The second and more expensive option is an all black piece called the Maverick which features the classic CS:GO crosshair in its design. Just the €299 ($336) for this one. The watches aren’t available just yet, but they are currently listed for preorder if you’re a true BLAST fanatic willing to drop a couple hundred dollars to show it.

TW Steel says in the product description that the two watches celebrate “the spirit of CS:GO” – whatever that means.

BLAST’s commercial director, Leo Matlock, also says in a press release that CS:GO fans will be “proud to own and show-off a piece of gaming history.”

While the world of esports merchandise rarely ventures outside of the realms of t-shirts, hoodies, and caps, this is certainly a more experimental (and pricey) way to show your love for an esport.

Experimental and pricey can work out though. Just look at League of Legends’ collaboration with Louis Vuitton for last year’s World Championships, which completely sold out of hideously expensive LoL-themed designer items.