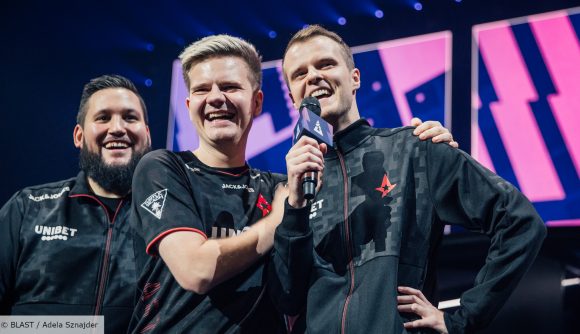 More than four months since he announced his break from Counter-Strike: Global Offensive, Denmark’s official clutch minister Andreas ‘Xyp9x’ Højsleth has confirmed he’s turned off his out of office and has returned to work.

The Astralis player has already started scrimming with his team, but fans will have to wait until November to see him in action. Due to Valve’s Regional Major Ranking rules, Astralis will play DreamHack Open Fall tournament with Patrick ‘es3tag’ Hansen, who helped the team to a ESL Pro League Season 12 win over the weekend. Xyp9x will help the team prepare for the RMR tournament, before taking his place on the active roster for the BLAST Premier Fall Series. It’s unclear at this stage which player he will be replacing.

Regardless, the news is promising for the team, which is now back up to full strength. Xyp9x took medical leave in May for reported burnout/stress symptoms, but appears to be back to full health and in a good mindset to begin competing once again.

Xyp9x’s return was announced with a simple “I am back” tweet, followed by his teammates all simultaneously confirming the news with tweets of their own.

The 25-year-old’s return will be comforting news for Astralis fans, who have experienced a turbulent 2020 with not only Xyp9x but also Lukas ‘gla1ve’ Rossander taking time away from competing. As a result, a number of other Danish players have been moving in and out of the organisation as substitutes and temporary stand-ins.