Today, Counter-Strike fans woke up to the news that one of Astralis’ core members, Nicolai ‘dev1ce’ Reedtz, has signed a three-year contract with Ninjas in Pyjamas. While news of the transfer has sent shockwaves through the CS:GO scene, Astralis has been preparing for it for weeks.

In an interview with The Loadout, Kasper Hvidt, director of sports at Astralis, says the team first became aware of dev1ce’s intentions when he approached management about a month ago with a desire to establish a better life in Stockholm. “Nicolai has been a really important player for us,” Hvidt says, “which is why, when he showed up with such a desire, we took it seriously.

The rest of the team knew about dev1ce’s wishes, and Hvidt is sure that factored into the team’s recent performances. In the last couple of weeks, Astralis’ results have been mixed. Despite winning its ESL Pro League group, the team went on to lose against Gambit and Furia 0-2. It was also knocked out of the BLAST Premier Spring Showdown by OG in the first round.

“If you have a player who shows he could be more motivated elsewhere, he’s not going to have the best performance,” Hvidt says, while noting that the team finally has “peace” away from the “uncertainty” of the last few weeks. However, despite the challenges the team currently faces, he’s confident that they’ve faced worse before.

“Seasons go up and down, and yes it has been rough because we’re used to winning,” he continues. “However, we have been in difficult situations before and last year, when we were without two players, was much worse. Every difficult situation has a solution, and the one we’re in right now? It’s not that difficult – we’ve got five world class players.”

While Hvidt was reluctant to talk specifics about the roster and their current roles, he did admit that the team is lacking a specific AWPer in dev1ce’s absence. However, the five players on Astralis’ books have been training together for a solid week now and Astralis is committed to that – for the time being. 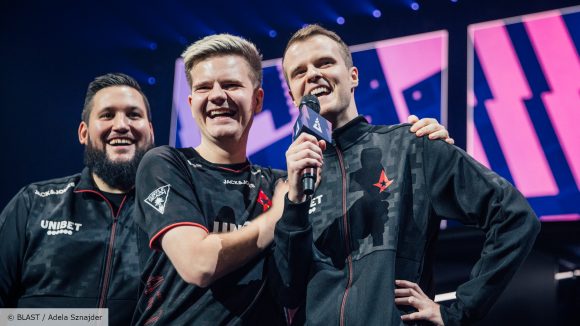 “My job is to assure that we have the strongest Counter-Strike team today, next week, next, year, and in five years, so we are always looking into other players,” Hvidt says. “But right now, I see few players capable of delivering better skills than the guys we have right now. But it could be that some of these guys aren’t within our team in the next five years, so we have to be aware of what is going on. For example, we know Patrick ‘es3tag’ Hansen was playing great when he was with us, and we know he’s out there. But for now, we’re focusing on the next tournament that we will play with the five we have – and we’re really happy with that.”

Regardless of the challenge ahead, Hvidt remains defiant in the face of community scepticism. dev1ce has been a pivotal part of Astralis and its dominant era, but Hvidt wants to remind the community that it was a team effort that led to four Major titles – not an individual one.

“We have had a great run with Nicolai, so we wish him the best of luck,” Hvidt says. “ But I also want to say that – and it doesn’t matter if it’s Counter-Strike or football or whatever – no team depends on just one person. Our team has had great success because of all our guys and we will be up there in the future – even if we do have to go through a transition period first.”