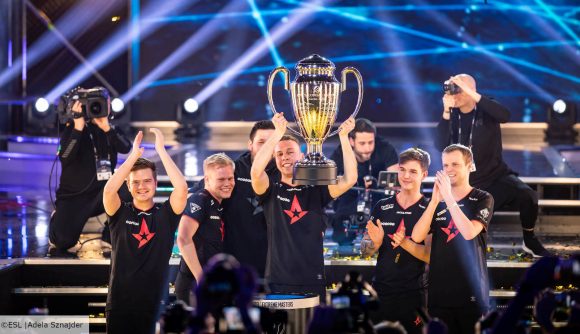 Astralis’ director of sports, Kasper Hvidt, has dubbed the organisation’s CS:GO team “a different kind of beast” after its record-breaking 2019 and has attributed its success to aspects like physical fitness and mental well-being.

Hvidt, who comes from a sporting background himself as a former professional handball player, wrote in a blogpost that Astralis’ focus on more physical training, improving diets, and establishing better work/life balances have all contributed towards the team finishing the year as the top ranked team and winning six titles in 2019; even if the trophy was missing for one of them.

“Astralis is a different kind of beast in the international esports scene and the history of performance culture across all competition activities,” writes Hvidt. “The team’s results over time and their reaction to adversity are, to me, the proof that we can make extremely talented players even better both individually and as a team by creating a foundation where we optimize the physical, technical, and mental conditions.”

“People might get tired of hearing about this,” he adds, “especially in esports, but analytical work and training aside, a professional, mentally- and physically healthy balance, restitution, focus on diet, and a balance between performance and private life prove more than many might think.”

Hvidt also reveals that after winning their third major, both the players and staff were “running low physically and mentally,” so decided to ease off the accelerator. He admits that this cost the team “a few titles” but that it was the right thing to do.

“We hit the ground running in 2019 winning our third Major, but both the players and coach felt like they were running low mentally and physically.”

Director of Sports, Kasper Hvidt, rounds up 2019 for Astralis.

While the post is slightly self-applauding, there’s no hiding from the fact Astralis has been extremely strong this year and rightly deserve to end 2019 as the number one team.

Their success is also further evidence that proves the positive effects of physical training, mental fitness, and even playing for less time. The question is, with other organisations following suit and investing in these areas too, can Astralis remain top dogs in CS:GO for 2020?