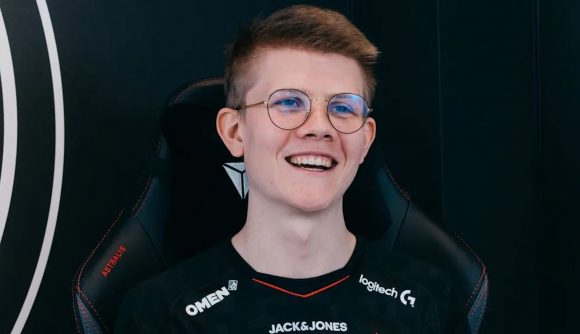 Counter-Strike: Global Offensive team Astralis has signed yet another Danish player to its roster. Lucas ‘Bubzkji’ Andersen is the latest Dane to join the organisation on a two-year contract effective immediately.

The 21-year-old, who was linked with a move for a while now, joins Astralis from MAD Lions where he made a name for himself in the Flashpoint League. The youngster is now the seventh man to be added to the roster, replacing Jakob ‘JuGi’ Hansen.

“When I heard about Astralis’ interest, I already made up my mind: I want to be a part of this team and this organization and this is where I want to play,” Bubzkji says in the press release. “I had other options, but after talking to zonic and Kasper about the role I will have, the ambitions of the team, and how they work, I am convinced I can contribute to the team and I can become a better player.

“Astralis leaves nothing to chance and I love their approach to the game. I know people will ask about the roster size, but for me it’s simple. Astralis has introduced a lot of new ideas to the way the game is played and it is done with one purpose: To become better as individuals and as a team – and to win. Introducing new ways to prepare and to improve is how they have managed to stay on top for years and I am so ready to be a part of this and to work my butt off to help the team.”

The change has been made just before the end of the player break to shore up the team ahead of the upcoming season. Kasper Hvidt, the organisation’s director of esports, says the organisation has had to “adjust our strategy accordingly” based on the situation with Lukas ‘gla1ve’ Rossander and Andreas ‘Xpy9x’ Højsleth who are both on medical leave, which is one of the reasons why JuGi was asked to leave.

Welcome @Bubzkji to the Astralis roster. We’re looking forward to play with you.

“He is a top professional and under the right conditions, he is an extremely skilled player,” Hvidt says. “He has not had the chance to play his favourite position though and when looking ahead things would not change in any neat future and we believe it is the best solution for all to make the change now.”

The Astralis roster is now as follows: