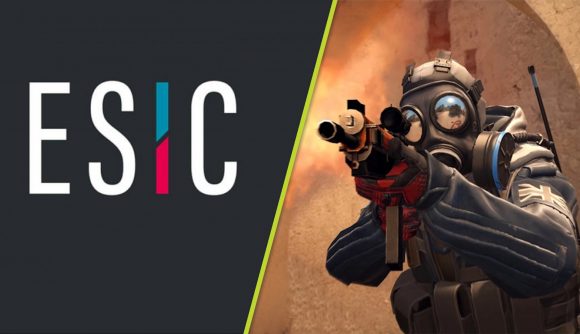 May 6, 2022 ESIC has confirmed the identities of the three coaches that will be suspended for the CS:GO Major in Antwerp

The Esports Integrity Commission’s lengthy investigation into coaches exploiting a spectator bug in CS:GO has uncovered two new “variants” of the bug, and the body will be issuing charges affecting dozens of coaches “imminently”. In a statement providing context ahead of the release of the punishments, ESIC also says that provisional suspensions have been handed out to three coaches that were meant to be involved with the CS:GO Antwerp Major, which kicks off in a few days time.

ESIC’s first wave of punishments happened in September 2020, where 37 CS:GO coaches were handed bans ranging from four months to three years. At the time, ESIC said that only 20% of the 15.2 terabytes of evidence it had collected had been examined. It now seems the investigation is about to finally conclude.

In its May 5 statement, ESIC says that it has identified a total of three different spectator bug variants – a “static” bug, a “third-person” view bug, and a “free roam” bug which allows full movement around the map when triggered. The latter is being deemed as the most serious, and due to its efficacy, ESIC deems this as a form of cheating and will punish guilty parties with tougher measures. It says that only three coaches have been found to have experienced and used this bug.

The report says that the static bug was triggered in 98 separate matches, which affected 1,311 rounds of competitive CS:GO. The third-person bug was apparently “triggered by a server software issue on two particular CS:GO tournament platforms” and occurred 97 times. These would only last for a single round of CS:GO, unlike the static bug. For that reason, the third-person bug is deemed the least serious and detrimental to competitive integrity, but punishments will still be issued.

In the statement, ESIC identifies its intended treatment for three forms of Spectator Bug discovered which collectively impact 134 participants.

ESIC says that coaches implicated with the static and free roam bugs will be provisionally suspended from all ESIC partner events as soon as its list of punishments is revealed.

This will impact three coaches that are meant to be at the Antwerp Major. Another coach at the Major has also been implicated with the third-person bug, but due to it being less serious, they will not be provisionally suspended.

On May 6, ESIC issued another statement, confirming the the identities of the three suspensions that will impact teams at the CS:GO Antwerp Major: Luis ‘peacemaker’ Tadeu of Imperial Esports, Sergey ‘hally’ Shavayev of Team Spirit, and Rafael ‘zakk’ Fernandes of 9z.

The length of their respective bans have not been finalised, but all have been provisionally suspended for their involvement with one of the spectator bugs.

ESIC says that its rulings on the dozens of other coaches at has found to have abused the spectator bug will be revealed in “a series of releases” soon.