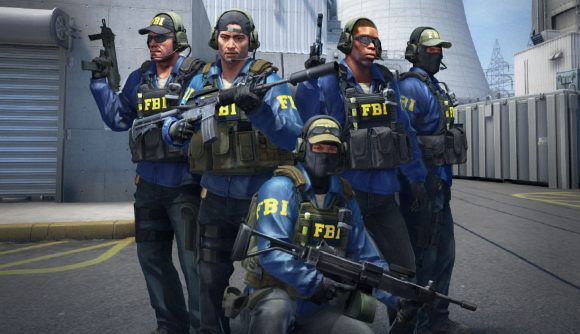 May 8, 2020 Since writing this article in November 2019, 2Eggs has been VAC banned by Valve for being “majorly disruptive.” He has also confirmed on Steam that he has a history of cheating. A number of allegations about 2Eggs stealing the code for HestiaNet have also surfaced in recent weeks – something he denies.

If you’ve never heard of a thing called HestiaNet in Counter-Strike: Global Offensive, then we don’t blame you. Run by a single pen tester from his main Steam account, the artificial intelligence system, which is named after the Greek Goddess for hearth and fire, has apparently successfully reported over 14,000 players for cheating in the last few months.

And while it’ll take the likes of you and me several minutes to sit through an Overwatch case and work out if ‘The Suspect’ is using CS:GO cheats or not, it only takes HestiaNet a couple of seconds, if that. And that’s because its owner, 2Eggs, who in October was awarded $11,450 for helping Valve identify bugs and security risks on its platform, has spent hours plying HestiaNet with game demos dating back to 2015, helping her pull apart normal from suspicious behaviour.

Like other deep-learning platforms, HestiaNet gets more intelligent everyday. But while the likes of VACNet and FACEIT’s Minerva have been built by big teams, HestiaNet was built by one teenager in his bedroom in a far corner of the United Kingdom.

“What got me interested in this was the demo John McDonald [Senior Software Engineer at Valve] did back at GDC in 2018,” 2Eggs tells The Loadout. “After that I wanted to see if I could do something but I’d be the one marking harder decisions on whether someone was cheating or not. I only really finished it to a satisfactory point this year.

“I called it HestiaNet because, as you know, CS:GO is infested with cheaters and the Goddess Hestia has a power of healing as well as power of hearth and fire. I want HestiaNet to heal over the games infestation and to get rid of as many cheaters as possible. To many of us in the community, CS:GO is a home, and Hestia is also the protector of the house.”

Although HestiaNet uses 2Eggs’s main account to review Overwatch cases, 2Eggs himself has never had to step in. The system supposedly reviews the footage, analyses the data, gives a verdict, and stores the user’s SteamID in a database, which is reviewed occasionally to check for game or VAC bans. If a ban is handed out, HestiaNet makes a note of it, adding information from that specific verdict to her network pool to increase her overall accuracy.

And, well, it looks like it’s been pretty effective so far. Out of the 17,659 cases HestiaNet has reviewed, 15,356 of those were reported, and 15,104 have resulted in a ban. The large proportion of these bans are for some sort of cheats, with only 0.5% of the bans being handed out for griefing. Of course, you have to take into account that the majority of accounts flagged for Overwatch review are deemed as suspicious by multiple players, but those are impressive statistics regardless.

“I have to present verdicts that may get someone banned, and having that massive firepower requires you to be really strong about what options you pick,” 2Eggs adds. “I can’t have any favouritism – I have to stay neutral at all times, even if I’m parsing a demo from my own game.”

However, as time has gone on and 2Eggs has found himself in a the midst of a VAC ban scandal, a number of allegations have surfaced that 2Eggs stole the code for HestiaNet on GitHub, something he has repeatedly denied.

“HestiaNet came out in April 2018,” 2Eggs says in a statement provided to The Loadout. “If you look on GitHub, the earliest version of any open source project that does anything Overwatch related was at least seven months later and that program does nothing with machine learning and just uses some hard coded checks to look for blatant cheaters. HestiaNet does use machine learning and runs off tf.keras which is a python based deep learning library that runs on the tensorflow platform.”