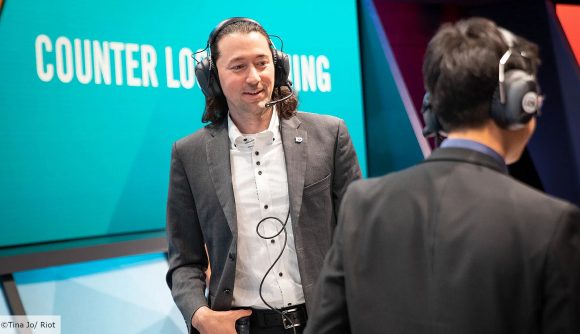 League of Legends Championship Series team Counter Logic Gaming has parted ways with two coaches after a disastrous 2020 that saw it fail to qualify for the Playoffs in both splits.

Having finished dead last in the Spring Split and ninth in the Summer Split, coaches Kim ‘SSONG’ Sang-soo and Weldon Green have departed the organisation. With just eight wins out of the 36 LCS games CLG has played in 2020, it has been the worst-performing team in the league across the entire year. This is a far cry from the glory days of CLG, who won back to back splits after being crowned champions of Summer 2015 and Spring 2016.

Even with the likes of LCS veteran Eugene ‘Pobelter’ Park playing mid lane for the majority of the year, CLG has struggled to make any kind of mark on the league this year. In the offseason, it also took a punt on OpTic Gaming mid laner Lee ‘Crown’ Min-ho, who ended up leaving midway through his first split as a CLG player.

Prior to the announcement of the pair’s departure from CLG, SSONG took to social media to express his disappointment and apologise for the team’s performance during the last split, asking fans not to blame the players and that he will “take the blame.”

CLG is parting ways with Coach Ssong and Coach Weldon.

We thank both for their leadership and dedication to CLG. We wish them the best in their future ventures. pic.twitter.com/B2GeCx8TMj

CLG will have a lot of rebuilding to do in the months ahead to prepare for the 2021 season.