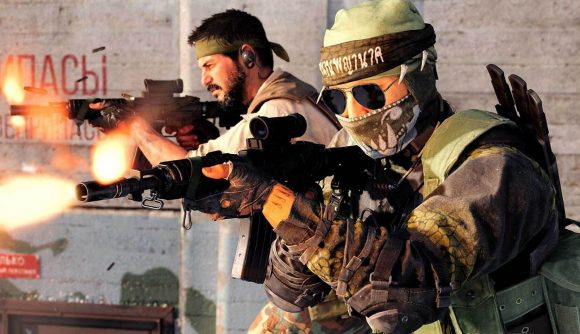 An update preparing Call of Duty: Black Ops Cold War for Season Two appears to confirm one of the most widely spread rumours in the Warzone community. Following the update, players discovered new calling card challenges which require you to kill zombies in Warzone. Yep, the undead are coming back to Verdansk.

While zombies have featured in the battle royale previously through a limited time mode for Halloween last year, these calling cards confirm that they are returning. Trawling through the calling cards, The Loadout has found four that mention both zombies and Warzone, alongside dozens of others referring to the new Outbreak zombies mode that is coming in Season Two.

Due to a zombies experience in Warzone not being announced yet, we don’t know whether the undead will be player-controlled like in the previous Halloween event, or if they will be controlled by the AI and appear like in other zombies game modes. However, the calling card challenges seem to hint at the former, as they would be far too easy to achieve if there were hordes of AI zombies roaming Verdansk. We’ll have to wait and see to be sure, though.

With the cargo ship Vodianoy creeping closer and closer to Verdansk, new weapons coming to challenge the best Warzone guns, and zombies looking to make another cameo appearance, fans of the battle royale will have plenty to sink their teeth into in Season Two.