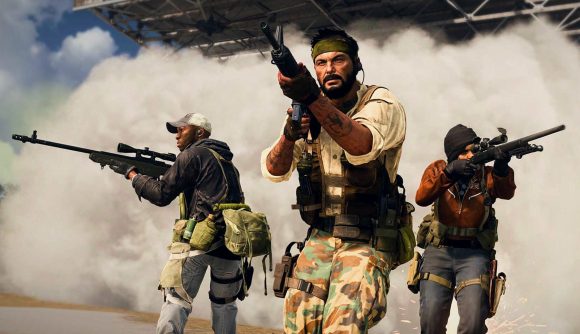 The World Series of Warzone was billed to be a new benchmark for competitive Warzone, and its first event certainly didn’t disappoint. Star-studded teams battled it out for one of the biggest Warzone prize pools ever seen in private lobbies, with both kills and placements being rewarded across six games of the battle royale.

The WSOW NA Trios tournament was the first of four events to be played out this summer, and the winning squad came as little surprise to anyone. New York Subliners’ Aydan ‘Aydan’ Conrad, 100 Thieves’ Rhys ‘Rated’ Price, and NRG’s Jordan ‘HusKerrs’ Thomas came out on top with a score of 121.5 points. The trio was certainly the favourite heading into the event, with Aydan, Rated, and HusKerrs being the top three players in terms of total Warzone tournament earnings.

With the trio scooping the $50,000 top prize, Aydan is now the first Warzone player to break the $200,000 mark for total tournament winnings, according to Esports Earnings.

Close behind Aydan’s team was the trio of Hector ‘Repullze’ Torres, ‘Lucky Chamu’, and Evan ‘SuperEvan’ Moore with 108.5 points, and in third with 107 points was Kris ‘Swagg’ Lamberson, ‘Booya’, and ‘DiazBiffle’.

The top slayer across the six games with a crazy body count of 49 was SuperEvan.

As an added layer to the event, every single one of the 50 teams taking part were drafted into five larger teams spearheaded by five well-known figures in the Warzone community: Aydan, Swagg, Matthew ‘Nadeshot’ Haag, Tim ‘TimTheTatman’ Betar, and Danyell ‘TheDanDangler’ Lanza. This was known as The Captain’s Cup, and the points of all the trios in a captain’s team were added together.

GGs to all of today’s Trios & our partners. #WSOW pic.twitter.com/zR6jHbtiGm

For the Captain’s Cup, it was Team Swagg that came out on top, with everyone drafted by Swagg getting a split of $30,000.

The promise of star-studded squads, private lobbies, and a massive prize pool certainly drew in the crowds, with a peak of 73,000 tuning in to the Twitch Rivals channel alone. This does not include the countless thousands watching the POV streams of each of the 150 competitors, or those co-streaming the event.

As well as the NA Trios event, the World Series of Warzone will also be hosting NA Duos, EU Trios, and EU Duos events over the course of the year, each with their own $300,000 prize pools.