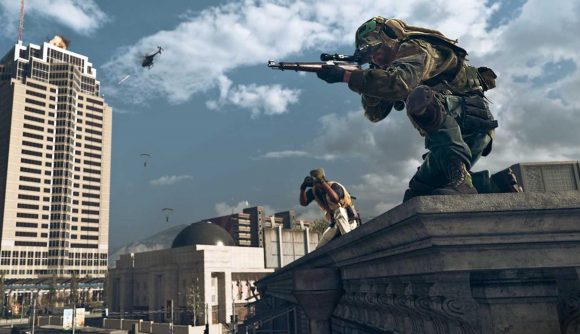 The Numbers event has been live in Warzone for a little while now, and while most players have finished the objectives to unlock the new melee weapon, the sound of the Mobile Broadcast Stations have left many reeling. However, in a new Warzone patch, which prioritises accessibility changes, Raven Software has toned down the sound effects.

That means, as of today, you can drop back into Verdansk and actually listen out for enemies, rather than have your hearing clouded by Stitch shouting out random numbers for what seems like forever. This change has been welcomed by the community.

But that’s not the only thing that Raven has tweaked. Alongside The Numbers change, Raven has added new options for text chat to support hearing, vision, and cognitive overload accessibility. Players will be able to turn on an audio alert for new messages and adjust the length of time that the chat box stays on screen when a player recieves a new message.

You can also now turn off the chat widget entirely if you’d like to minimise the amount of things displayed on your HUD.

However, since this update hasn’t brought any buffs and nerfs to the best Warzone guns, many are asking Raven to revisit the Kar98 and the Swiss K31, two guns that are coming out on top in the Warzone meta right now.

Given how high their pick rates are right now, we don’t think it’ll be long until the developer makes some sweeping changes to these beastly sniper rifles, so stay tuned.