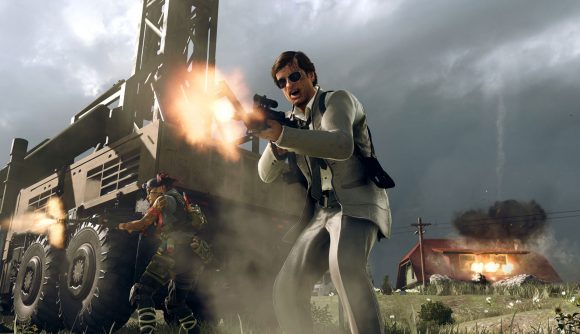 Just four days after the big Season 5 update in Call of Duty: Warzone, Raven Software has dropped a weapon balancing patch that focuses on SMGs and pistols. Weapon tweaks were shown in in-game versions of the Season 5 patch notes, but the changes were never pushed live. That is until today.

The headline news is that the Modern Warfare MP5, which is one of the most popular SMGs in Warzone at the moment, has received a significant damage nerf. Its maximum damage output has decreased from 34 to 31 and its maximum damage range is down by 5.4%. This has been countered with a slight increase to its upper torso damage multiplier (now up to 1.1) but this still looks to be a net loss for the Modern Warfare MP5. It will be interesting to see how this shakes up the Warzone meta for the rest of Season 5.

Elsewhere, the AS VAL assault rifle has also received a damage nerf in this August 16 Warzone update, while the OTs 9 has had its troublesome iron sights fixed and the Fennec has received a buff to its bullet velocity.

There are also blanket nerfs for three of the games most used and overpowered pistols – the Sykov (using the Sorokin 140mm Auto attachment), the M19 (when Akimbo), and the AMP 63.

While these are the only guns affected today, Raven says that despite it being “generally pleased with the state of balance” in Warzone right now, there are some “outliers” in the assault rifle class that it will be tackling in a future update.

Includes Bug Fixes and a balance pass to various Weapons.

With Krig Warzone loadouts and C58 Warzone loadouts seeing a lot of usage in Season 5, we’re predicting that at least these two guns will get brought into Raven’s workshop for some tinkering.

Aside from weapon balancing, there are also a handful of bug fixes, including one that stops multiple squads using the same Red Doors.

Check out all the changes in the August 16 Warzone update below and see if your best Warzone loadout has been affected.

“We are generally pleased with the state of balance and we do not think anything needs to be immediately addressed. However, we do feel there are some outliers in the Assault Rifle category that have been top tier long enough that it is now appropriate to reduce their power level to give other Weapons some time in the spotlight. Those changes will be coming very soon.”

“Handguns were fortunate enough to evade the initial balance overhaul. These changes aim to place some of the most powerful Secondary Weapons at a power level that is more in line with other Weapons of their class.”